Alopecia Areata is a medical term for hair loss that leaves the skin partially or totally naked. Baldness, or alopecia androgenetic, is the most common form of alopecia. It affects mostly men. It is a natural phenomenon strongly determined by heredity. Other forms of alopecia can show a health problem or be caused by taking medication.

It was also known as “male pattern baldness” and “female alopecia” which can affect older people. It is of genetic origin, which means that a family history of androgenic alopecia is a predisposing cause. This form of alopecia is related to an excessive amount of male hormones (androgens) around hair follicles, preventing capillary growth for both men and women who are more susceptible to it after menopause when their body produces less Of female hormones. Most cases of baldness are attributable to androgenic alopecia. About 50% of men aged 50 years and 15% of women who have not yet reached menopause have a more or less pronounced androgenic alopecia.

It is characterized by a few patches of hair on the scalp where hair regrowth is possible. Alopecia areata is more common in some families and often occur during childhood. It seems that this hair loss linked to an immune disorder, that is to say, that the natural defenses of the organism mistakenly attack its own tissues. Once the hair falls, a new regrowth blocked for weeks or months in those places. This type of alopecia sometimes affects people who have other “autoimmune” diseases like certain thyroid diseases, lupus, and pernicious anemia. Sometimes alopecia areata causes total baldness (alopecia totalis) or total body hair loss (alopecia universal).

Hair thinning is the most obvious symptom of androgenic alopecia. Male Alopecia first affects the crown or temples, or both. Men also have a tendency to have forehead unwrapped. For women, hair loss begins on the top of the head. Men sometimes become completely bald, but in general, women do not lose all their hair. The alopecia areata observed by a sudden fall of hair which forms small rounded plates on the scalp. Sometimes it is the facial or body hair that falls in this way. The nails of these people could be dotted with small marks or have small cup-shaped depressions. This disorder often evolves through pushes between which hair and hair grow back.

Although hair loss and hair loss afflicts, alopecia is not dangerous – it causes only aesthetic damage. It may also be a side effect or a symptom of another condition. To rule out this possibility, you should approach the question frankly with your doctor who will prescribe probably some exams that will allow him to make a diagnosis. A hair loss should always be the subject of medical consultation. Family history often helps the physician find the form of alopecia present. Occasionally, a punch biopsy is needed to decide the type of alopecia. Examination of the hairs or hair under the microscope makes it possible to distinguish the alopecia from the androgenic alopecia. Other tests show an autoimmune condition such as lupus, which is sometimes accompanied by alopecia.

Family history. Men with a balding family member are more likely to do so too. Researchers have discovered genes involved in baldness on chromosome 20 (transmitted by the father or mother), as well as on the X chromosome (transmitted by the mother). The variant of the X chromosome concerns genes involved in the functioning of male sex hormone receptors (androgens); Caucasians are more at risk of baldness than Asians, Amerindians, and Africans.

Heredity is a risk factor in androgenetic alopecia and the history of the autoimmune disease is associated with alopecia areata. 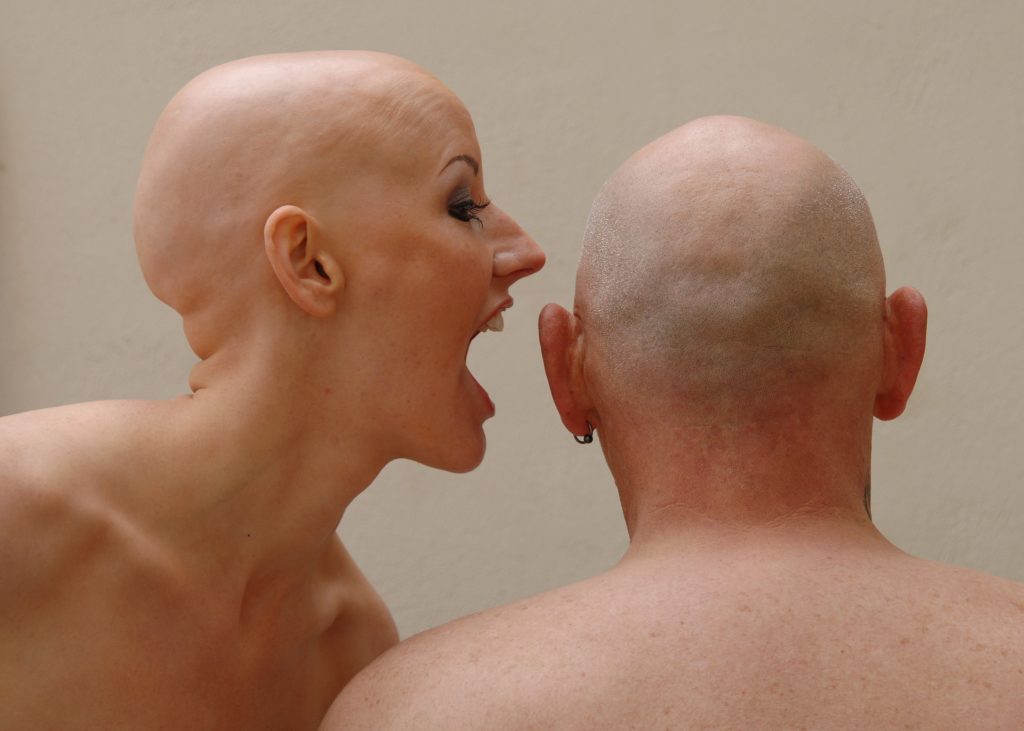 An Update on Baldness Treatments in 2018

Even in 2018, almost every day, a great some sources of information put forward the discovery of new remedies against hair loss ( Alopecia). We have seen it all; Photos on advertisements with a “Before” and “After” header or glowing articles on the internet that boast the release of a new miracle cure that leads to regrowth of missing hair. Nonetheless, these “so-called” miracle remedies are rarely available and too often powdery to the eyes. Although there are still some promising discoveries to end one day with baldness. For 20 years there have been no new official treatments approved by the largest FDA or MHRA regulatory agencies. The most recent being Finasteride in 1997 sold under the name Propecia and the first drug approved in 1988 minoxidil.

What about 2018 discoveries made in( baldness)? What are the most promising treatments that could become a reality in the future? And what are the current treatments of 2018 and 2018 the most effective?

Injection PRP against hair loss is one of the current treatments preferred by people suffering from hair loss, unfortunately, this one is not accessible to everyone. Used in private clinics and cosmetic surgery salons, it is the solution favored by stars and celebrities like professional athlete James LeBron or even golf player Tiger Woods who also used this therapy to hide his baldness. It is a treatment known and used for decades in the field of hair regrowth. Studies in 2011 have confirmed that this treatment is suitable for both men and women. It is extremely effective for patients who suffer from Alopecia areata.

The results obtained by this treatment are very promising and the changes are quickly visible in a few days. The problem of PRP treatment is that it is only available in some clinics and is not yet very affordable (about a thousand euros for the two sessions). The doctors who propose this treatment are still few in number. However, the treatment is becoming more democratic and expected to become widespread in the years to come, which should lower prices.

Phase laser hair loss treatment: While many people are still generally skeptical when talking about laser to promote hair regrowth, laser therapies are used more and more in recent years and have proved effective.

It does not necessarily have to go to the clinic or specialized institute to help with the use of the laser. This treatment has no side effects and is improved and miniaturized in the form of a helmet and laser comb that can now be purchased and used at least once a week at home.

This is a surgical technique of implanting hair into the scalp. This is the only effective solution to fill the bare areas that no longer have active hair follicles, affected by genetic baldness.

It is a hair restoration method in which the hair follicles extracted from the areas of the head where the hair is thicker and in larger numbers under local anesthesia and then implanted in the area affected by baldness, usually the upper Of the skull. There are several methods of grafting: FUT technique, mini-punch technique, FUE technique that improves and becomes more effective and less visible and irritating than before. There are also natural treatments that are increasingly effective to use rather in ways to strengthen the hair, stimulate growth, and limit loss.

Pharmaceutical companies are aware of the great demand that it exists to cure hair loss problems. Research in the hair field and more precisely the solutions to lead hair regrowth have never been as active as today in the 4 corners of the world. It is clear that the first who can find an effective remedy will have a huge commercial success. Thanks to this enthusiasm in the search for very promising leads and breakthroughs that have already been accomplished in the field especially with stem cells, cell cloning, and regeneration of the follicle. These medical advances could change the lives of many people suffering from baldness in a few years.

By using stem cell therapy in treatments of hair loss, the results could be mind-boggling. Research in this area is encouraging and could one day end the baldness of almost all patients. Sanford-Burnham researchers working on the use of stem cells claim to have managed to make hair follicles and obtained new hair from stem cells. The enormous advantage of this technique is that hair transplantation would be possible without the need to tap into the donor area and without any limit on the number of transplantation.

Hair cloning could also be a promising technique against hair loss that is still in search. Scientists have discovered that the hair follicles that remain dormant in the bald scalp could be cloned by removing cells and re-injecting them into the scalp. Like when planting cuttings in botany.

In 2012, Japanese researchers announced that they had successfully reproduced complete human hair on laboratory mice from extracted cells. This opens up good prospects to become able to cure the most severe cases of baldness.

Research in the United States has uncovered the molecular mechanism that allows the Fgf9 protein to regenerate the follicles after healing. Thanks to this mechanism, a new treatment could be born in a few years, it would be to remove layers of cells on the skull to trigger the work of regeneration of the epidermis. The Fgf9 protein would then be requested to generate new hair follicles. 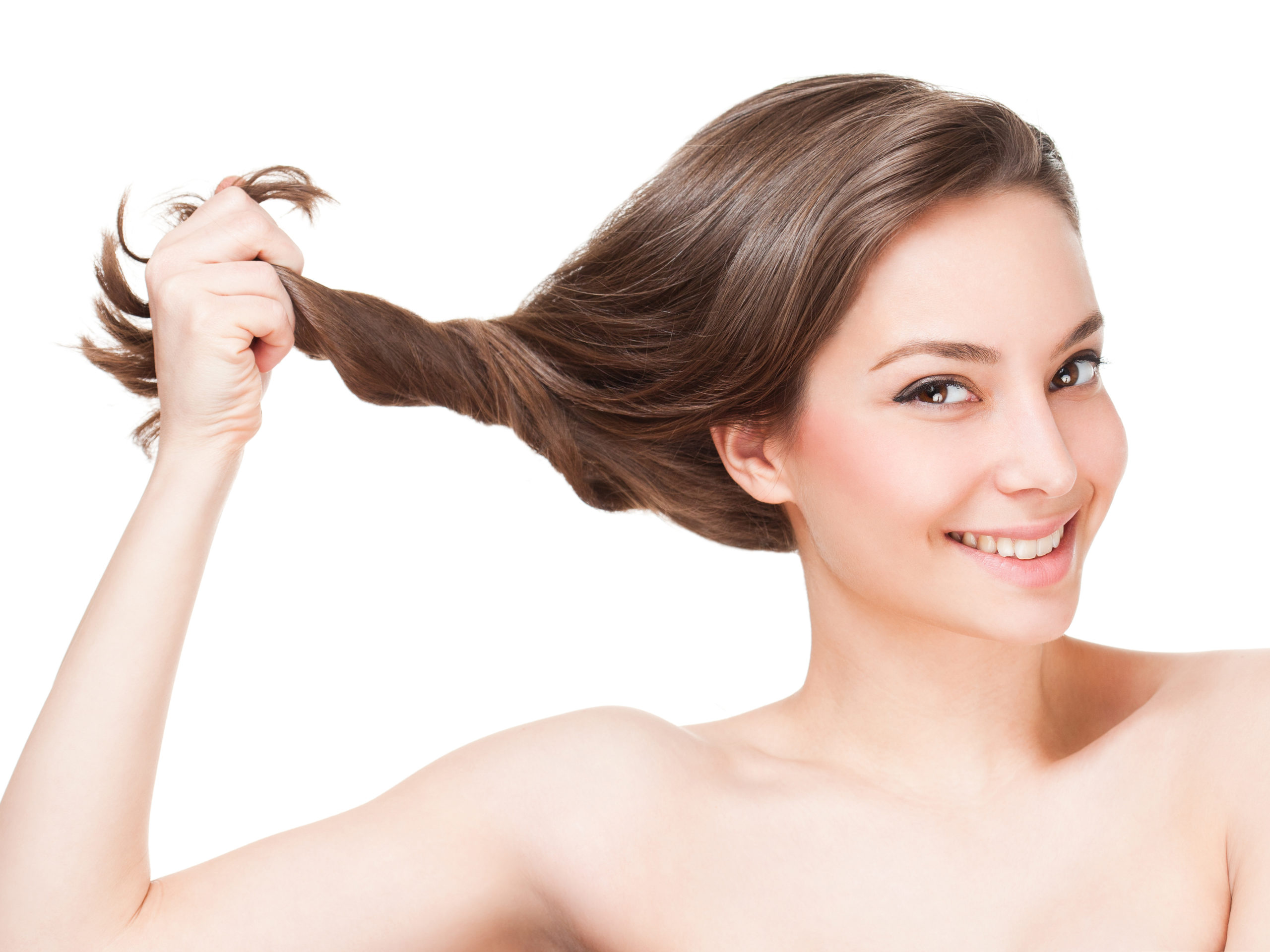 Contraceptive Pills: All You Need to Know