Bananas are among the popular fruit readily available throughout the year. However, some people watching their weights are raising their eyebrows when we advise them to include them in their diet. Eating a banana helps keep your body healthy and very fit, but applying this fruit to your hair and your skin will keep you look good.

1. They provide a feeling of satiety

This fruit is ideal for snacking because it provides an average of 150 calories, which come mainly from its natural sugars; it contains about 14g, what is found in 80 ml of Coca-Cola. In addition, through its fibers, its proteins, and other carbohydrates, bananas fill appetite. You may be less than the temptation to snack before mealtime. 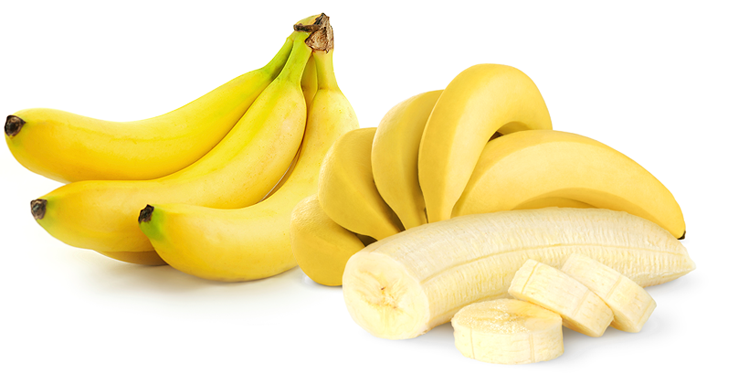 2. They promote relaxation and sleep as well as improve mood

Bananas contain tryptophan, which the body converts into serotonin. It is this substance that relaxes you and makes you smile.In addition, some doctors advise to swallow 60 minutes before going to bed because they promote sleep. 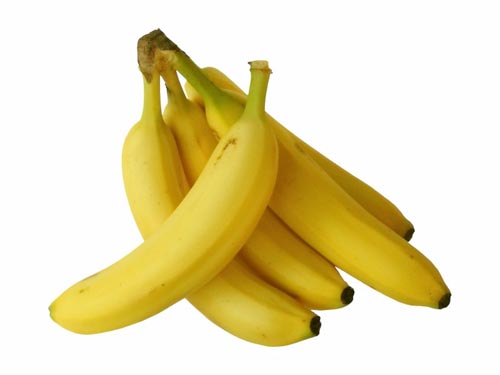 3. They are an excellent source of energy

Hikers, as well as athletes, appreciate it too, because of its wealth of natural sugars that are quickly digested and provide the precious fuel they need.

4. They lower the risk of cancer

A prospective study, conducted among 61 000 Swiss women has shown a link between high consumption of fruits and the low risk of kidney cancer. Of all the fruits in the study is that for banana researchers found the strongest relationship. Bananas have the same beneficial effect on the risk of colorectal cancer, especially among women than men. 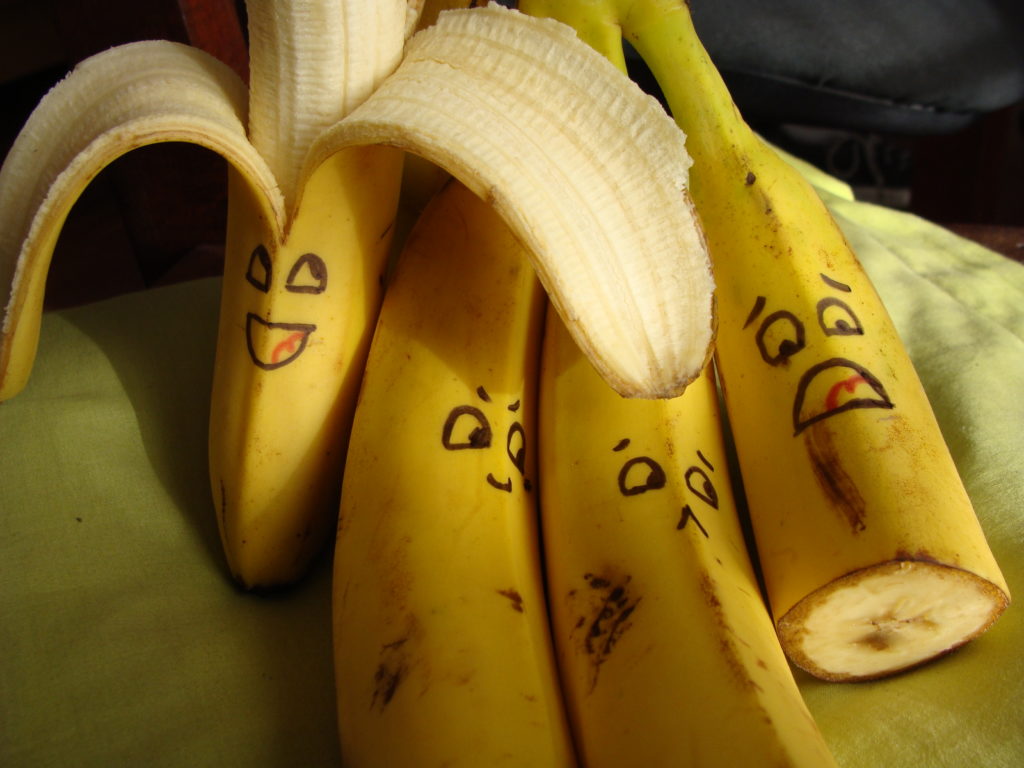 Some studies in vitro and in the animal tend to show that banana extract form (especially plantain, but also the variety dessert) could protect the lining of the stomach against ulcers. One study showed that the extract of several species of bananas that they are grown in Thailand (Palo and Hom) would gastroprotective potential in rats. However, only the Hom variety would affect the healing of ulcers. This type of banana would be close to the Cavendish, the most common variety in the world. Current research, however, is insufficient to recommend the consumption of bananas for gastroprotective. 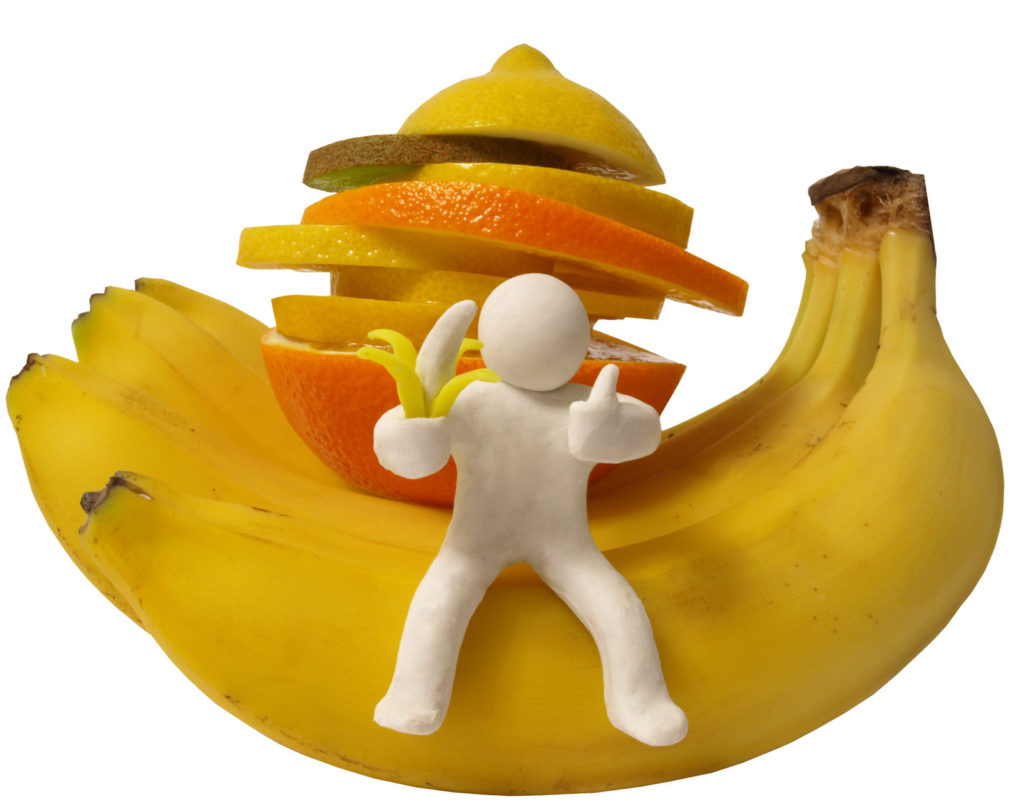 Some studies in Bangladesh have shown that consumption of bananas could reduce symptoms of chronic diarrhea in children. In some cases, a mixture of rice and plantain cooked rice could reduce the number and weight of stools and the duration of diarrhea in infants. In other cases, unripe bananas consumption (½ to 3 bananas a day, depending on the age of children) hastened the healing of acute diarrhea and chronic. Another study in Venezuela demonstrated that a diet including a cooked plantain-based preparation reduced the number and stool weight, duration of diarrhea and promoted weight gain compared to traditional preparations of yogurt.

One study indicated that high consumption of bananas during a meal (400g, or more than 3 bananas) reduces free radicals in the body, two hours after the meal. This diet decreased the oxidation of LDL (bad) cholesterol, a process involved in the development of the cardiovascular disease. However, other studies are needed to target the effects of longer-term banana and with more moderate doses. 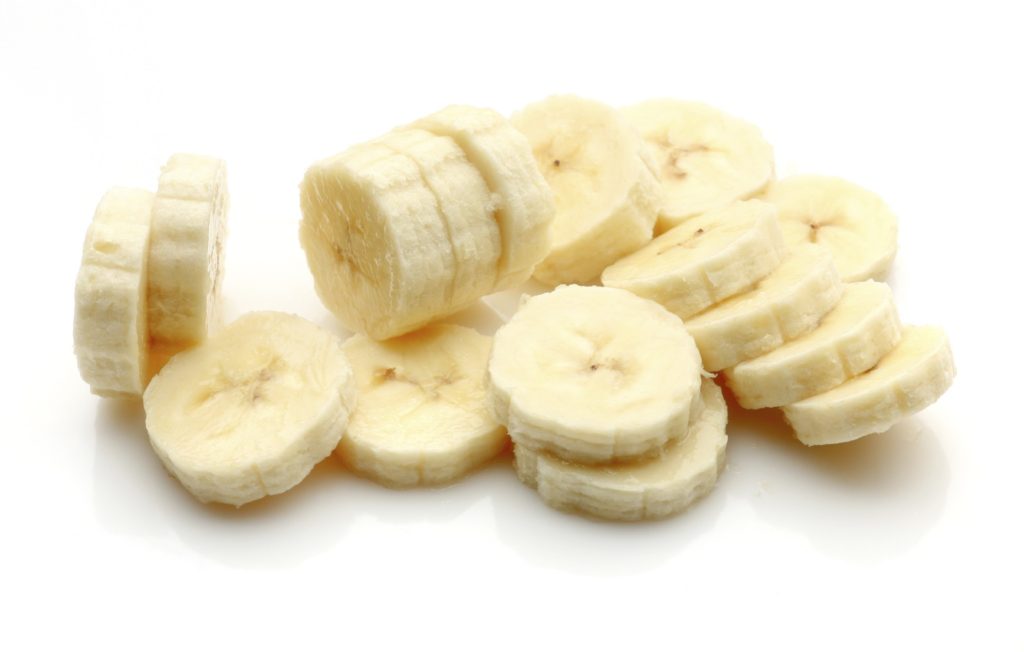 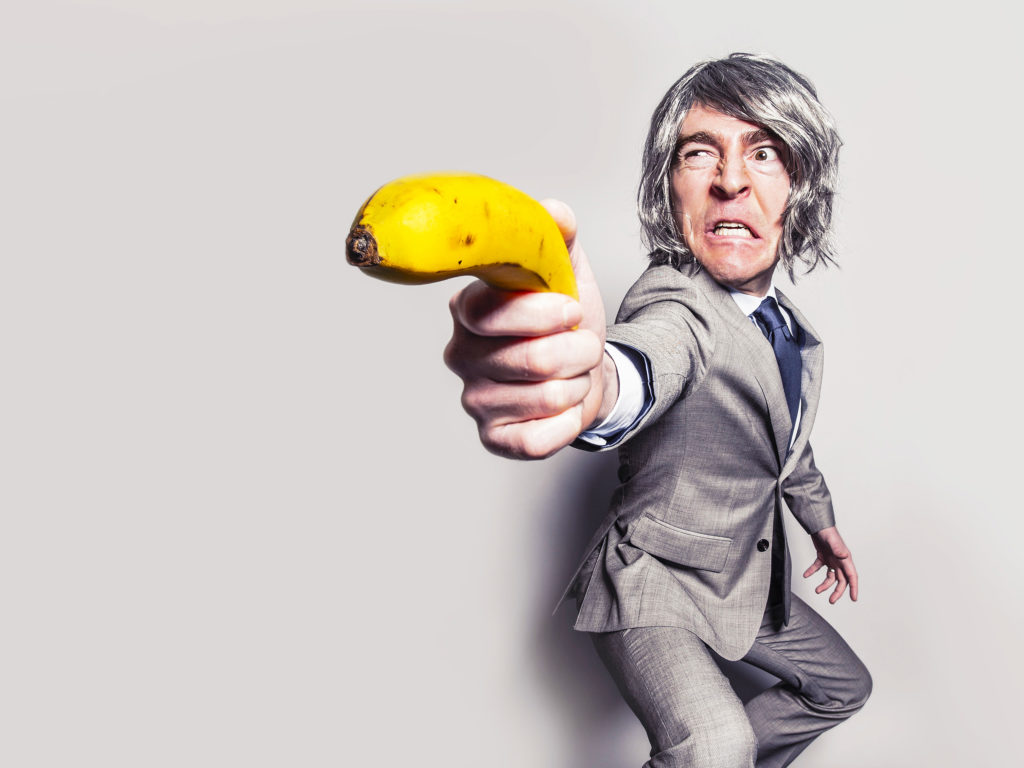 Bananas are rich in B vitamins that are beneficial to nerve function. potassium in bananas, stimulate the action of nerve function and stimulates learning abilities. 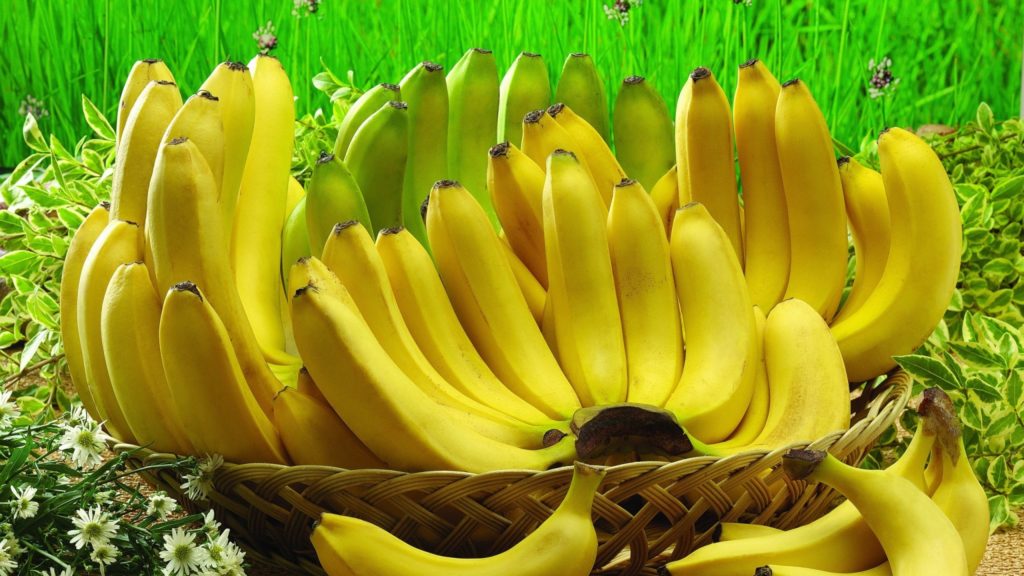 Like bananas help to regulate bowel movement, they help to fight against hemorrhoids. 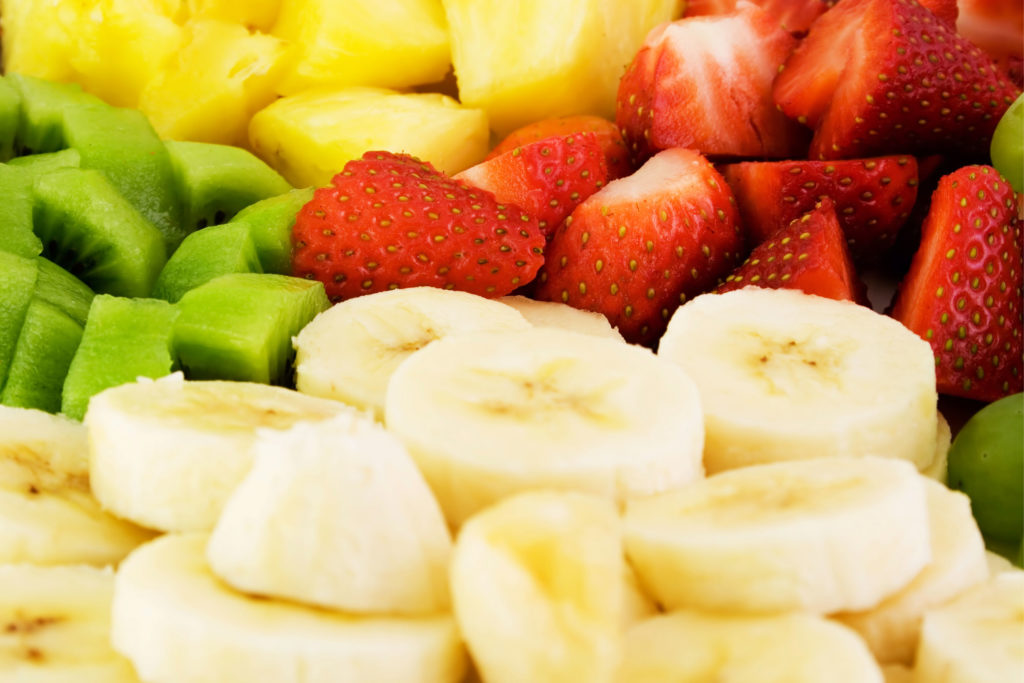 Bananas are good for anemic patients because they are rich in iron which helps to regulate the levels of hemoglobin in the body. 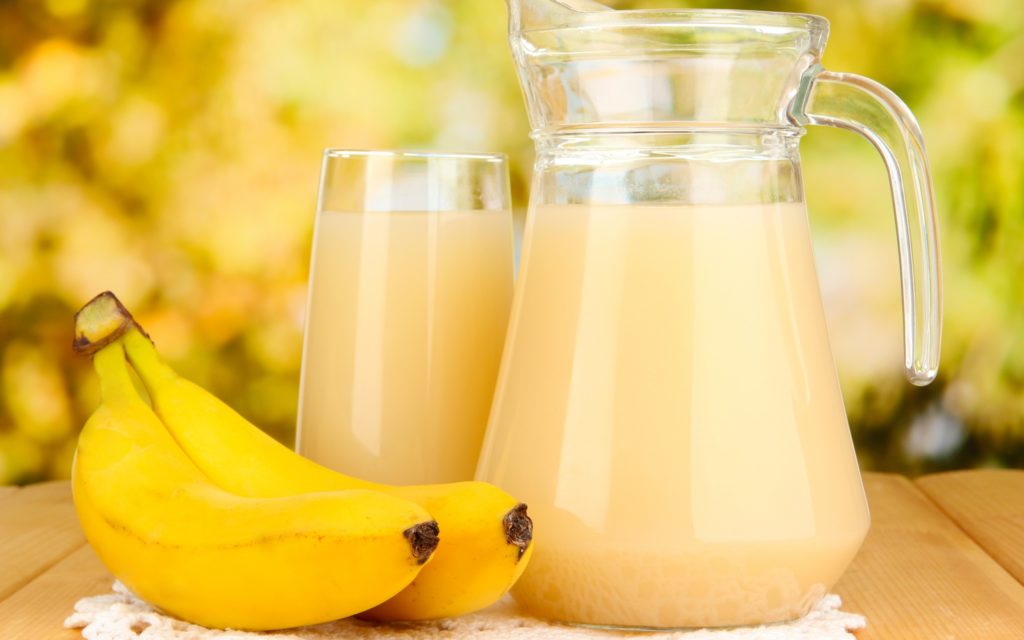 When blend bananas with honey and yogurt, it passed the hangover. 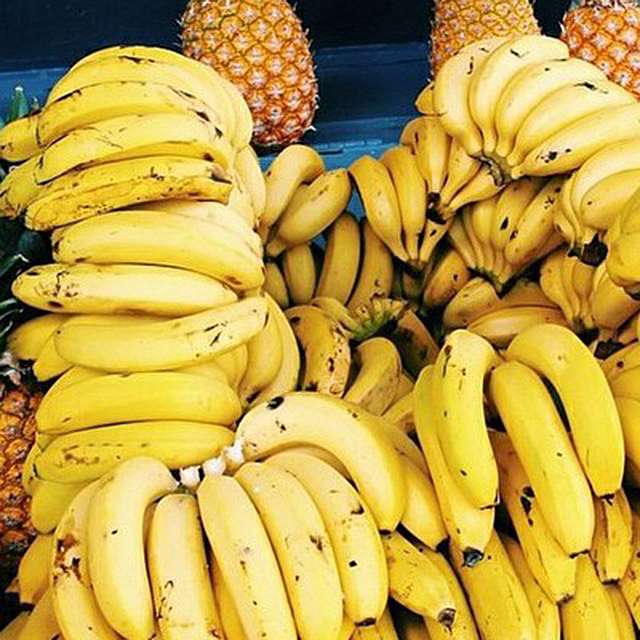 The main ingredients of bananas

Although the banana is not among the fruits that contain the most antioxidants, it could be one of the high antioxidant capacity, can possibly help prevent the onset of certain cancers, heart disease, and various chronic diseases. The popular Cavendish bananas contain dopamine, a molecule of the family of catecholamines. Dopamine demonstrated antioxidant activity similar to that of vitamin C, the most powerful water-soluble antioxidant. Banana includes both dopamine and vitamin C, which has antioxidant capacity. Plantain is  source of several phenolics which are well absorbed by the body, thus maximizing their potential antioxidant. An antioxidant of the flavonoid family, leucocyanidin, was extracted from unripe plantains. This active compound has demonstrated a protective effect against the erosion of the lining of the stomach, following the aspirin outlet.

Plantain includes beta and alpha-carotene, which they turn into vitamin A in the body. beta carotene is one whose conversion to vitamin A is most effective. The latter promotes the growth of bones and teeth, keeps the skin healthy, and protects against infection.

Starch is one of several types of sugar, which works against the effect of digestive enzymes. Under the action of the intestinal flora, transforms it into short-chain fatty acids (e.g. butyric acid). These stimulate the absorption of several compounds in the colon, thus reducing the water loss in the stool. The short-chain fatty acids also indirectly improve the permeability of the small intestine, a phenomenon that contributes to relieve the symptoms of diarrhea. Researchers have found that resistant starch decreased the absorption of sugars consumed at the same time, which caused a decrease in blood glucose (sugar in the blood). 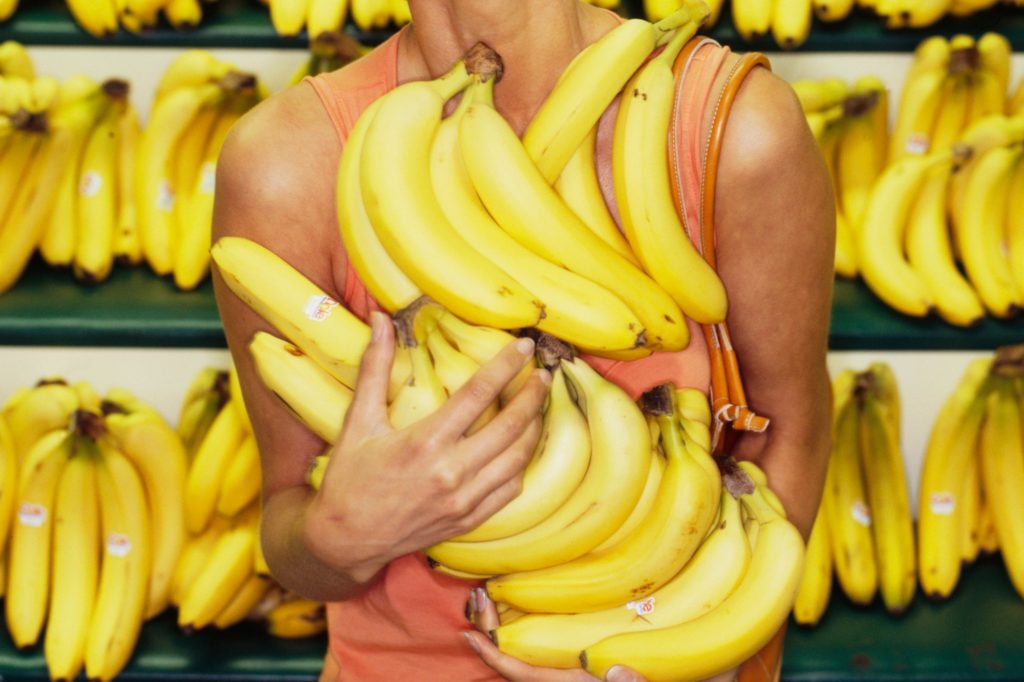 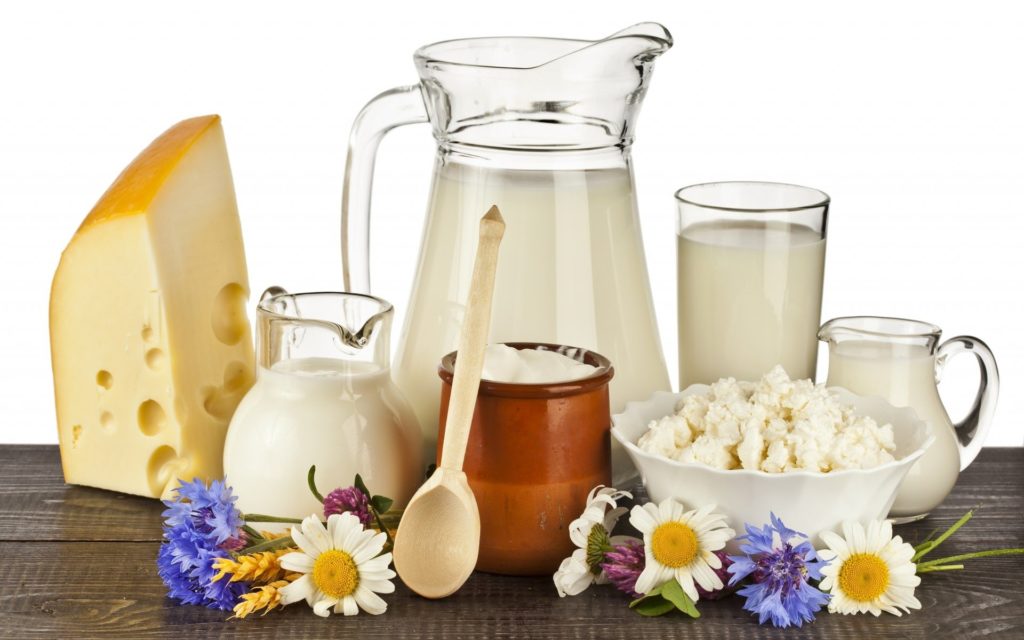