Mr. Stefanos’ most significant contributions have been in post-production: earning a 2006 Business Emmy nomination as a team member for the segment ”Crude Awakening” featured on the PBS investigative news series, “Now;” assisting acclaimed documentary editor Nancy Baker on the 2007 Academy-Award nominated film “Rehearsing A Dream;” and editing for the 2008 Emmy-winning episode of Bravo’s “Kathy Griffin: My Life on the D-List” for Outstanding Reality Non-Competition Series. Mr. Stefanos also worked as an assistant editor on the 2011 Academy Award-nominated documentary short, “Killing In The Name.”

In 2009, Mr. Stefanos won 1st Place in the 6th Annual NYC Midnight Screenwriter’s Challenge, for his short script, Chapter 5. Following up that win, he wrote the first three drafts of another short, Bedfellows, in only 24 hours for the contest’s final round. Earning comparisons to narrative features including “Magnolia” and “Little Children,” in September 2009, Mr. Stefanos produced and directed “Bedfellows,” a 15-minute HD short which became his first professionally shot narrative project in both roles.

“Bedfellows” has also won the “Best Gay/Lesbian Film” and Audience Choice prizes at the 2011 NYC Downtown Short Film Festival, the “Best LGBT Film” award at the 30th Annual Breckenridge Festival of Film, the “Best Dramatic Men’s Short” from the 2011 Fort Worth International Gay & Lesbian Film Festival, and was nominated for 7 awards (and won 4) from the 2010 Long Island International Film Expo. The cinematography of DP Clayton Combe, the original score of composer Ron Passaro, the lead performance by actor Paul Caiola, and the writing and directing of Mr. Stefanos were all recognized with awards at LIIFE 2010. Mr. Passaro has won additional accolades for his score from the 2011 Park City Film Music Festival and the 2011 Garden State Film Festival, while Mr. Combe received an additional Honorable Mention for his cinematography from the 2010 HDFest.

“Bedfellows” is an Official Selection at 100+ film festivals in over 20 countries on 6 continents, including ones in the U.S., Canada, UK, Brazil, France, Spain, Germany, Norway, Finland, Israel, Hong Kong, and Australia, among other countries. “Bedfellows” was the sole U.S. narrative short selected amongst 40 shorts to screen in-competition at the 2010 Tirana International Film Festival in Albania, the sole U.S. gay narrative short out of 25 selected for the 25th Annual BFI London Lesbian & Gay Film Festival, 1 of only 20 short films chosen to screen in-competition at the 2011 Margaret River Short Film Fest in Australia, 1 of only 7 short films chosen to play at the 2010 Out In Africa International LGBT Film Festival in South Africa, and was short-listed amongst only 30 films for the 2010 Iris Prize in the UK, the most lucrative award for all LGBT short films in the world.

On May 17, 2011, “Bedfellows” became available for purchase on DVD as part of the First Run Features gay shorts compilation feature, “Fest Selects: Best Gay Shorts, Vol. 1.” The DVD can be found at Amazon.com, Best Buy, TLA Video and other online retailers, as well as for rental on NetFlix home-viewing in the U.S. and Canada. 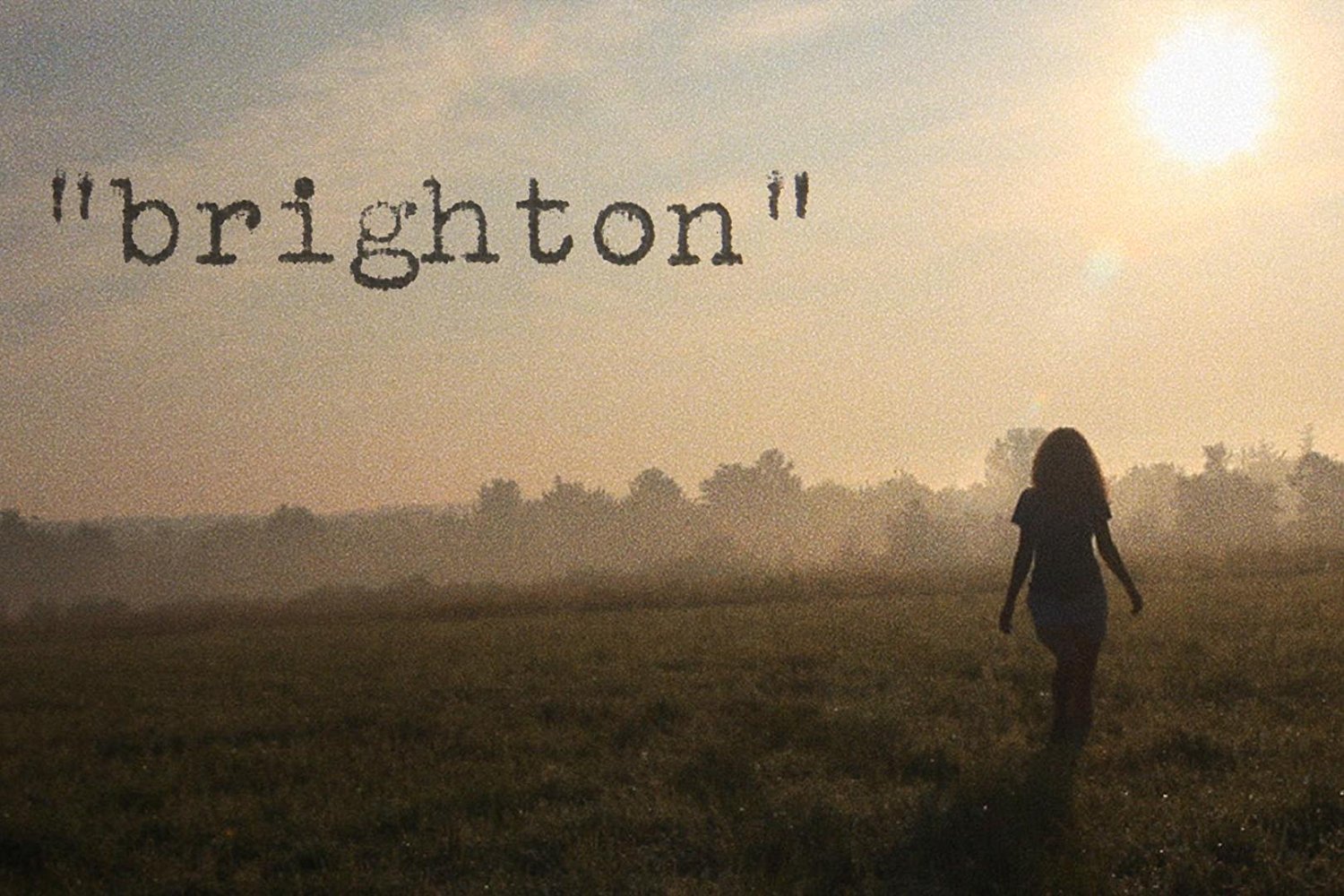 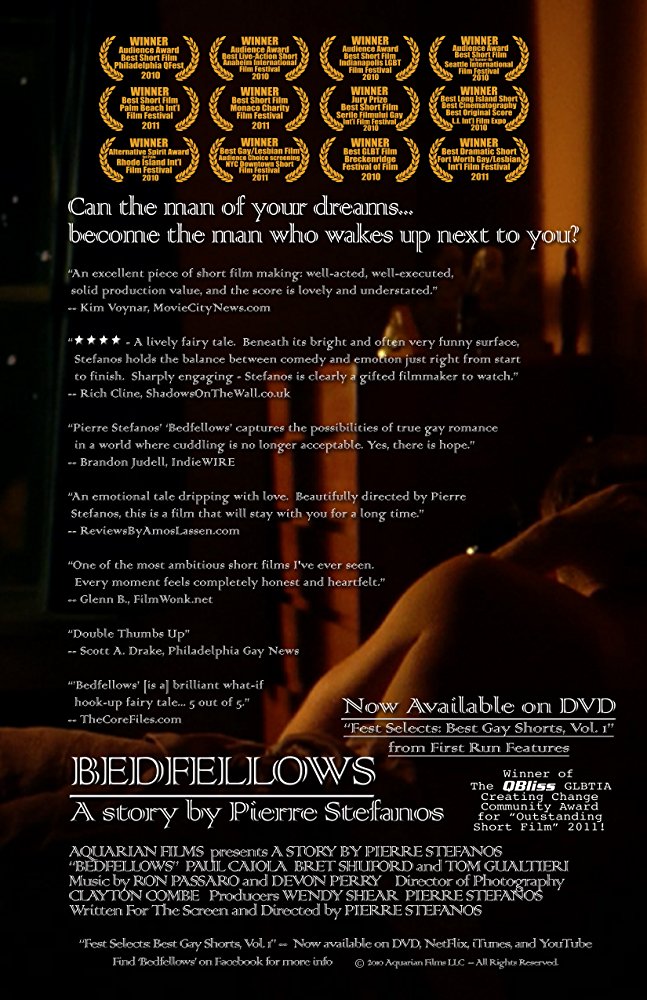 “The film ‘Bedfellows,’ told in the style of an old children’s fairy tale but set against the modern-day backdrop of New York City, follows the adventure of 20-something Bobby as he returns to the gay bar where he got his heart broken for the first time.” IMDB