Killer is extremely excited to finally move into the pre-production phase of our project with Massify and the Ace Hotel. We’ve selected three films to produce from the final twelve: 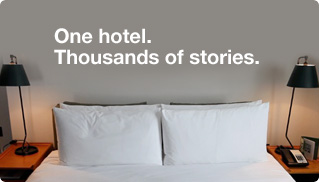 We chose these projects based on a number of factors; we selected films we believed were most makeable on a micro-budget, films we were confident we could shoot on short schedules, and scripts that all offer a strong, fresh point of view, that are totally and thematically diverse.

There were so many great ideas to choose from, and pulling three from the final twelve was incredibly difficult. Every filmmaker we spoke to was talented and passionate, and the work each put in to develop their script was simply astounding. Ultimately we’re looking to foster a community of filmmakers, writers, producers, and curators through Massify. The goal is to be able to produce and leverage projects without having to necessarily set up these competitions and production cycles. Hopefully, we’ll be to continue to work with all the filmmakers who we met connected with through this project, and continue to collaborate!

Massify & Lionsgate - How it Works