kudzu Herbal is a recognized natural remedy to reduce the urge to drink and combat problems related to drinking. But is it really effective? Can a plant, used primarily in the kitchen, have real effects on the urge to drink? The rather mixed results of the few studies on the subject suggest that this is possible. But what is kudzu? It is a vine native to eastern Asia, very popular in Asian cuisine (used as flour or thickener). The roots and flowers of kudzu, saturated with biologically active compounds, which can have many beneficial effects. It is often used to heal hangovers and to suppress the urge to drink. In the near future, and according to the evolution of health research, kudzu could well serve to prevent heart disease and osteoporosis.

If you are looking for kudzu to reduce your alcohol intake, it is probably in the form of root extract tablets that you will buy it. You will find white kudzu, chalky, and dry in some health food stores. You can also get kudzu root extract insoluble or sachet form, which you will incorporate into soups or other dishes. The root itself, massive and fibrous, used in the diet. Medical researchers, however, warn that prolonged use of the root, especially when accompanying alcohol or ingested soon after consuming it, could increase the risk of cancer. If you are considering using kudzu to fight a chronic cardiovascular disease for which you are taking medicines, take only under the supervision of your doctor. Indeed, kudzu may have side effects and cause interactions with other drugs. 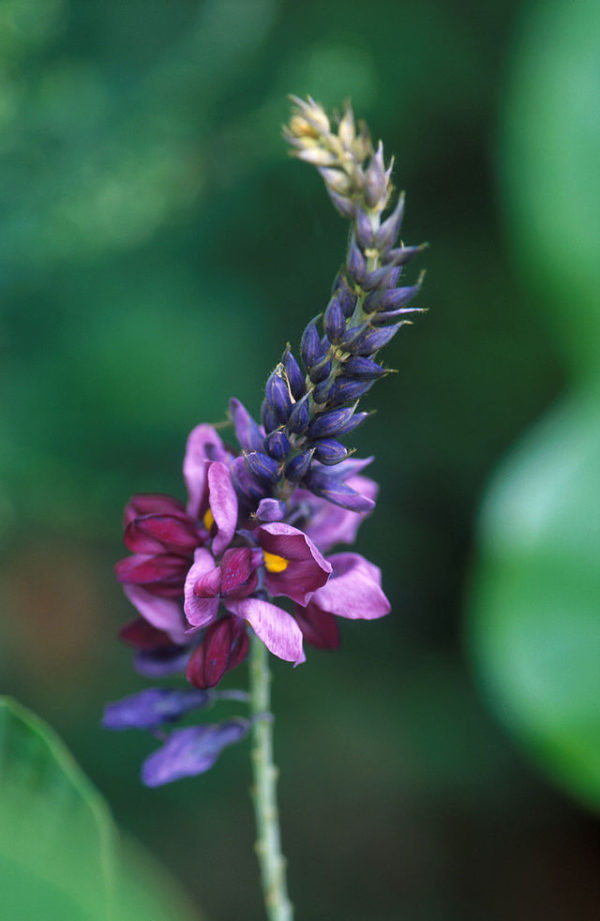 There have been several studies of cell cultures in the laboratory and mice to understand the action of the biological components of kudzu. The main goals are to verify if this plant possesses the medicinal virtues that are lent to it. It is observed that kudzu flowers can accelerate the removal of acetaldehyde from the body; acetaldehyde is a toxic by-product that acts in the degradation of alcohol in the blood; It is the cause of several symptoms of hangovers. Kudzu extracts are rich in isoflavones, known for their antioxidant and anti-inflammatory properties. It would appear that these components help lower cholesterol and blood pressure while preventing osteoporosis and several types of cancers. The rather limited number of clinical studies in humans gave mixed results in which, despite all this, it was possible to confirm the active role of kudzu root in slowing down the need for alcohol.

Kudzu contains mainly carbohydrates (83 g per 100 g kudzu), as well as minerals (calcium, phosphorus, sodium, and iron). It also includes a subcategory of flavonoids called isoflavones, including daidzein – which possesses anti-inflammatory and antimicrobial properties – daidzin and genistein – which possess anti-cancer properties, as well as puerarin, of which it is the only one source. Pterarina is the main constituent of the kudzu root. mainly used in China for the treatment of coronary and cardiovascular diseases, angina pectoris, deafness, and diabetes. It is also used as adjuvant therapy at the recommended dose of 400-600 mg per day for 10-15 days. It is also found in the kudzu flower isoflavones tectoridine, tectorigenin and kakkalide. The kudzu root has volatile compounds such as methyl palmitate (42%), which give it a slightly fruity odor. 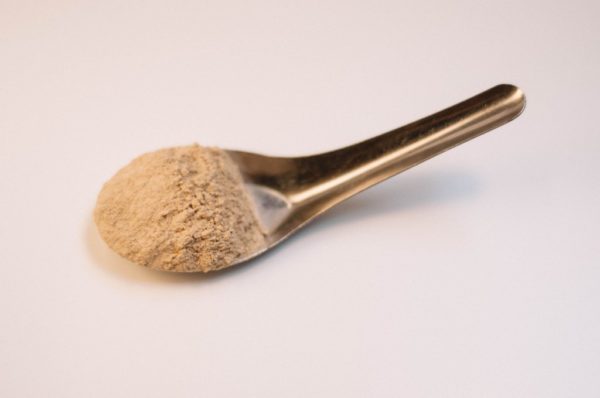 kudzu Herbal: Recent studies and research on kudzu as an antidote against alcohol consumption

For hundreds of years, Chinese medicine practitioners have prescribed kudzu root to reduce the consumption of alcohol. Since the early 1990s, researchers at the University of Indiana have studied its effects on rats and golden hamsters that have a pronounced taste for alcohol. The results were very encouraging: the majority of animals halved their spontaneous consumption of alcohol. Subsequent human trials also yielded rather positive results. In 2005, for example, scientists from the Harvard Medical School gave drinks to men and women suffering from alcohol problems for seven days, either kudzu or a placebo. They then spent seven days in a laboratory apartment containing a TV, a sofa, and unrestricted access to the reserves of their favorite beer. Participants who took kudzu consumed half lesser beer than those who took a placebo. It is also found that they took more sips and took more time to drink each beer. 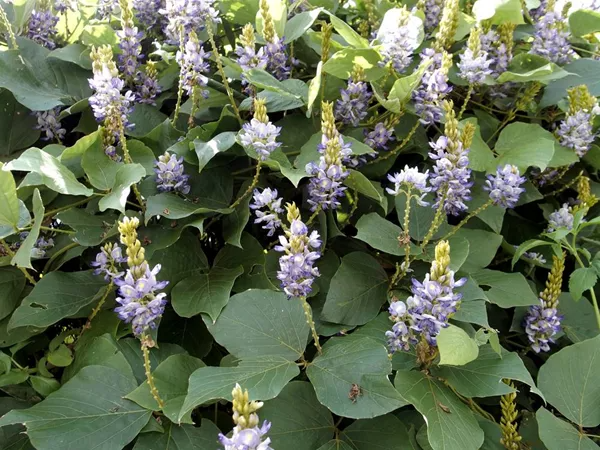 Kuzu is relatively non-toxic. A study in the rodent indicates that the kudzu root at a high dose (5 g / kg/day), which corresponds to about 500 mg/kg of puerarin, has no toxicity. The safety of the plant confirmed in a clinical trial in which participants received 500 mg of kudzu extract three times daily for seven days. In another study, 100 patients treated with a plant extract containing P. lobata root (3 g) for six months, with no side effects or changes in hematological indicators. In contrast, intravenous infusion of puerarin may cause side effects such as fever, headache, dizziness, anemia, or liver damage. Kuzu root extract contains isoflavones (e.g., puerarin, dadizine, genistin), which have estrogen-mimicking effects. They can, therefore, aggravate lesions on female reproductive organs such as ovarian cysts. 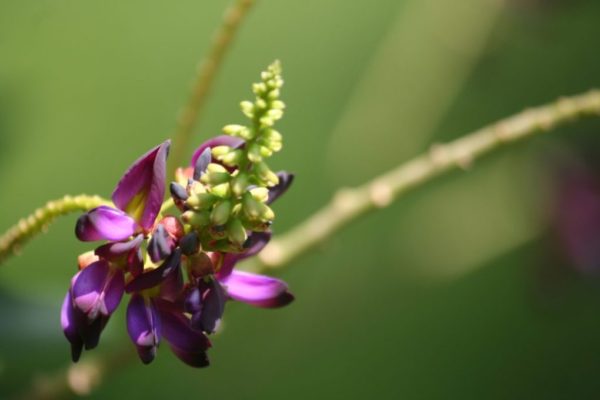 Prolonged consumption of kudzu, contraindicated in the case of breast cancer due to the presence of isoflavones.

A study of eight Chinese volunteers showed that the intravenous injection of puerarin (400 mg/day for ten days) altered the activity of cytochromes P450, Enzymes mainly found in the liver and which play a vital role in the elimination of drugs in the body. These preliminary data, which confirmed by larger studies, suggest that kuzu alters the activity of certain drugs. 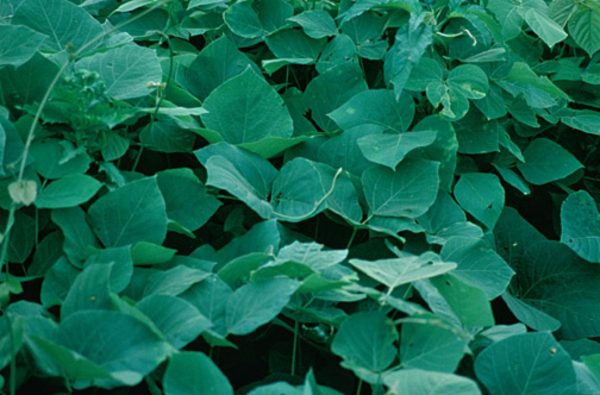 The root of P. lobata was used in traditional Chinese medicine in the 3rd century BC to relieve fever, diarrhea, and vomiting. Then in the 7th century AD, it served as an agent of detoxification after excessive consumption of alcohol. Kuzu is currently recommended in China for the treatment of fever, acute dysentery, diarrhea, diabetes, and hypertension at a dose of 10-15 g per day. 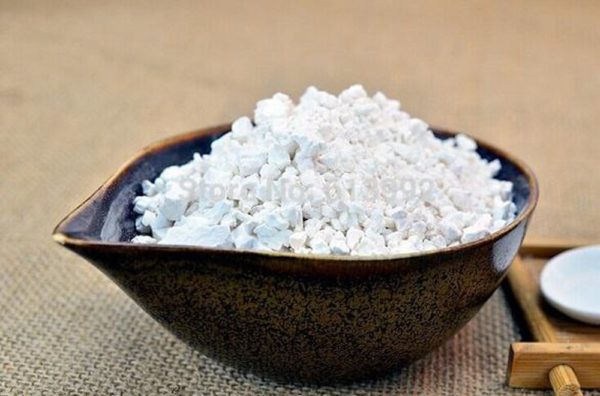