“Depression manifests itself in a sad mood, loss of interest in activities, and decreased energy. Other symptoms include a decrease in self-esteem and self-confidence, inappropriate guilt, thoughts of death and suicide, difficulty concentrating, sleep disturbances, and loss of appetite. Depression can also be accompanied by physical symptoms.” According to WHO, depression will appear as the second disease affecting humans in 2020. One in ten people suffers from depression during his life. Signs? Different forms? What causes depression? And above all, how to get out and avoid relapses?

The causes of major depression

There is no one single cause of major depression. Psychological, biological, and environmental factors can all be causes of depression. Norepinephrine,  serotonin, and dopamine are the three neurotransmitters (chemicals that transmit electrical signals in the brain) involved in depression. Most doctors believe that a chemical imbalance in these neurotransmitters can cause major depression. Thus, antidepressants work by restoring the balance and changing the sensitivity of the receptors that capture these chemicals. Scientists also believe that there is a genetic predisposition to major depression. So there is a higher risk of developing depression if a history of the disease exists in the family. Significant life events like the death of a loved one, a big change, chronic stress, abuse of alcohol, or drugs can also trigger episodes of depression. Some diseases such as heart disease, cancer, and certain drugs can cause depression. So if you believe that your partner is suffering from depression, the first step is to pay attention to the proofs to get the right diagnosis and the right treatment. Here’s what you should see and what to do if you notice these signs and symptoms in your spouse. 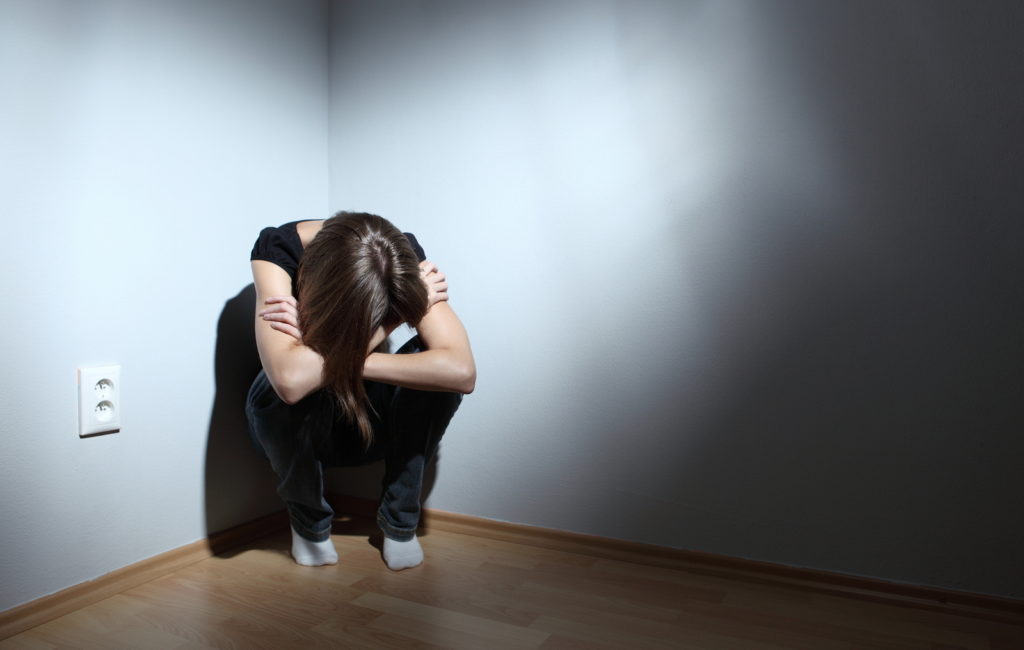 When your spouse is suffering from depression, it is also that your relationship and you are affected

On the one hand, this disease affects emotions and erodes sexual intimacy. Depression can also lead to maintaining the relationship between pessimism and bitterness, anger, and isolation. Depression can indeed affect anyone, even the most cheerful and happy person. If this happens to your spouse, you may be overwhelmed with domestic tasks that your partner can not complete. Also, you may feel irritated by the negative mindset of the other. You may also feel guilty for his illness or feel isolated by not knowing who confides that there is a depression in your home. It is also difficult to see the light at the end of the tunnel and keep hope that the good mood will one day return. 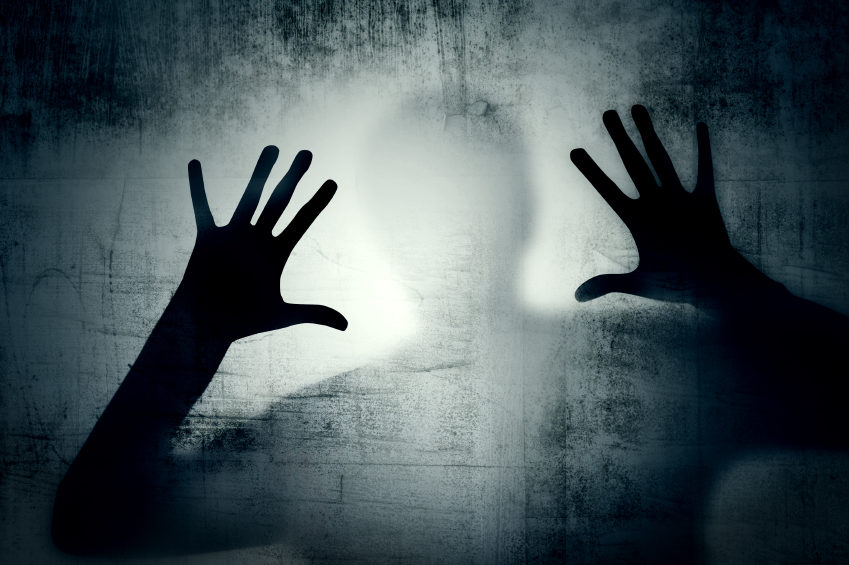 If there is a depression in your relationship, you must act for both. you and your partner

Waiting only increases the chances that you end up separated. Couples in which one of the people suffers from depression were nine times more likely to separate. Trying to fight or understand this disease alone only increases your risks. A joint long-lived with a partner suffering from depression also more likely to sink himself into depression if he does not seek help. Logically, the longer we wait before treatment, and it is difficult to get out of a depression. The risk of falling into other vital issues such as alcoholism, drug abuse, violence, and even suicidal thoughts is also higher. Depression is dangerous, and it should be considered as such. Taking things in hand, chances are good that things are improving.

Remember that you are not alone

An estimated 19 million. The number of Americans who are suffering at this time of depression. In a poll conducted by Reader’s Digest, 42% of respondents identified depression as a significant challenge in their marital relationship. It is not surprising that most have given that this disease hurt their lives. By cons, some 25% reported that depression had a positive impact on their relationship. “Getting a diagnosis and be taken care of makes all the difference.” Only 33% of people with depression are seeking help. However, being supported, we increase our chances of recovery of 80 to 90%. Everyone gets relief. 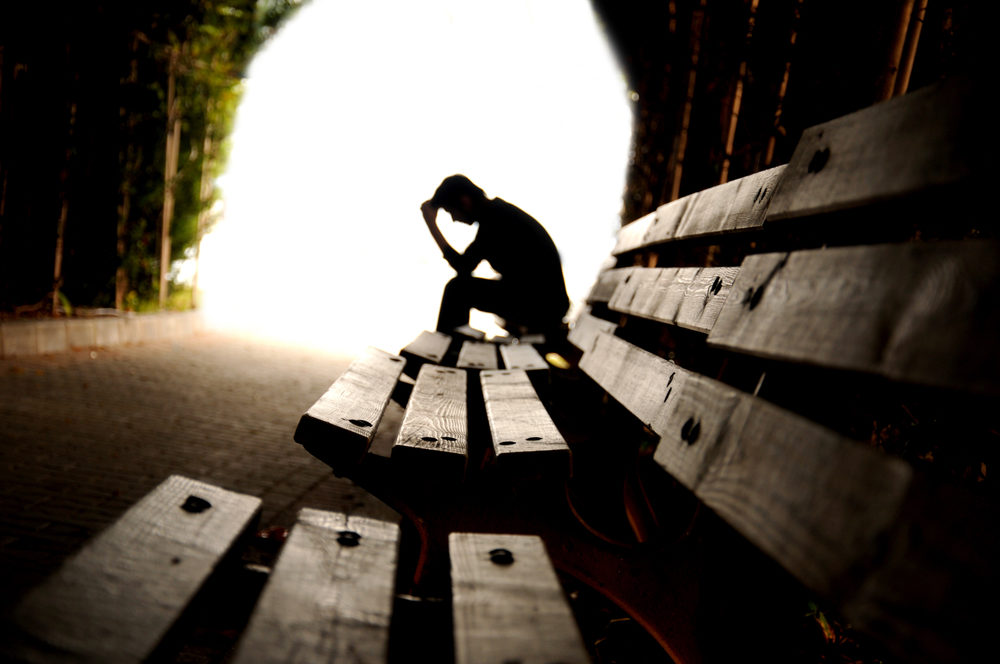 Depression is not a choice or a temporary depression period

This is such a severe disease and as devastating as diabetes, arthritis, or heart disease. A spouse with depression can not get by merely snapping his fingers. Depression is characterized by faulty connections in the brain in areas that affect mood, thoughts, sleep, appetite, and energy levels. Genetics is usually a significant factor that causes depression. However, several factors may trigger the disease: prolonged stress, major financial problems, a significant loss or changes in your life, the birth of a child, death of a parent, or a medical condition or certain medications. Even marriage can increase the risk of depression.

About a wife in ten lives a “post-nuptial depression” in the months following the ceremony. The researchers also found that up to half of the marriage, unhappy spouses are depressed. However, they do not agree on the trigger (is it difficult marriage causes depression or depression that makes it a difficult marriage?) If you think your spouse is suffering from depression, the first thing you should do is pay attention to the signs and help your partner get a diagnosis and treatment. 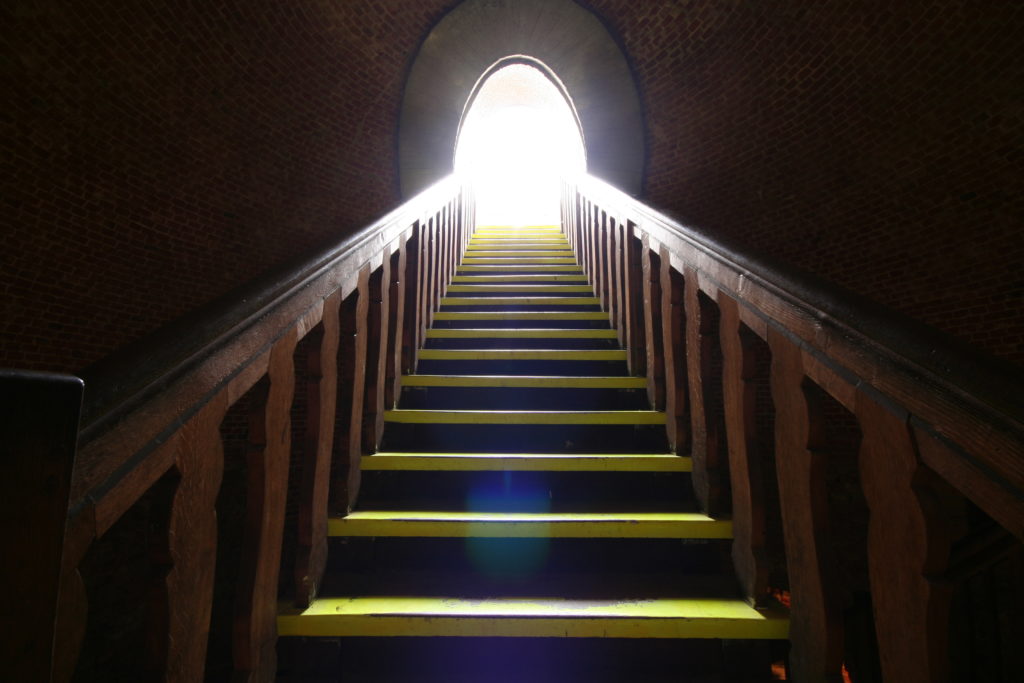 Major depression: presence, for at least two weeks, symptoms of depression which significantly affect the overall operation of a person. Bipolar disorder.

In the case of chronic depression, conversely, the patient can not escape the sadness or other signs of depression: he relapses. The episodes are linked, with varying degrees of improvement. This type of depression is linked to any identifiable cause.

On average, there are four to six recurrences in the twenty years. Factors such as advanced age, seem to increase the risk of relapse. Over the first episode occurs early or is severe, the more risk of recurrence is high.

The person with depression feels more physical and psychological symptoms. These symptoms are present most of the time for at least two weeks.

Here are the physical symptoms of depression that are the most common:

The most common psychological symptoms in the person with depression are:

When you should consult

Do not expect not to be able to do your usual activities to see. If you have symptoms, consult certain bodies and associations in the field of mental health. They offer information, assistance, and support. See Help and resources to know the available resources. See your family doctor or another health care professional if you suffer to the point where:

A health care professional will assess if you are depressed or have another health problem that has similar symptoms. To evaluate, he will perhaps need to take stock of your physical condition or prescribe laboratory tests. It will suggest a treatment plan tailored to your needs. If you think about suicide and you fear for your safety or the safety of the people around you, see Preventing suicide. You will find more information about using and available resources. 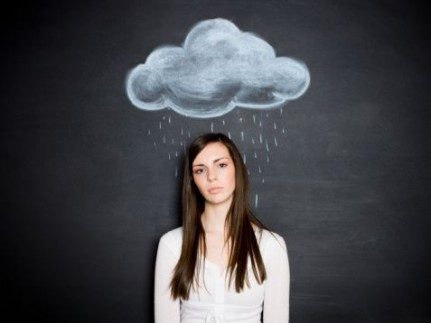 Depression is a treatable using known treatments. These allow people to regain control over their lives and daily activities. Over the person consulted, the sooner she will recover quickly. 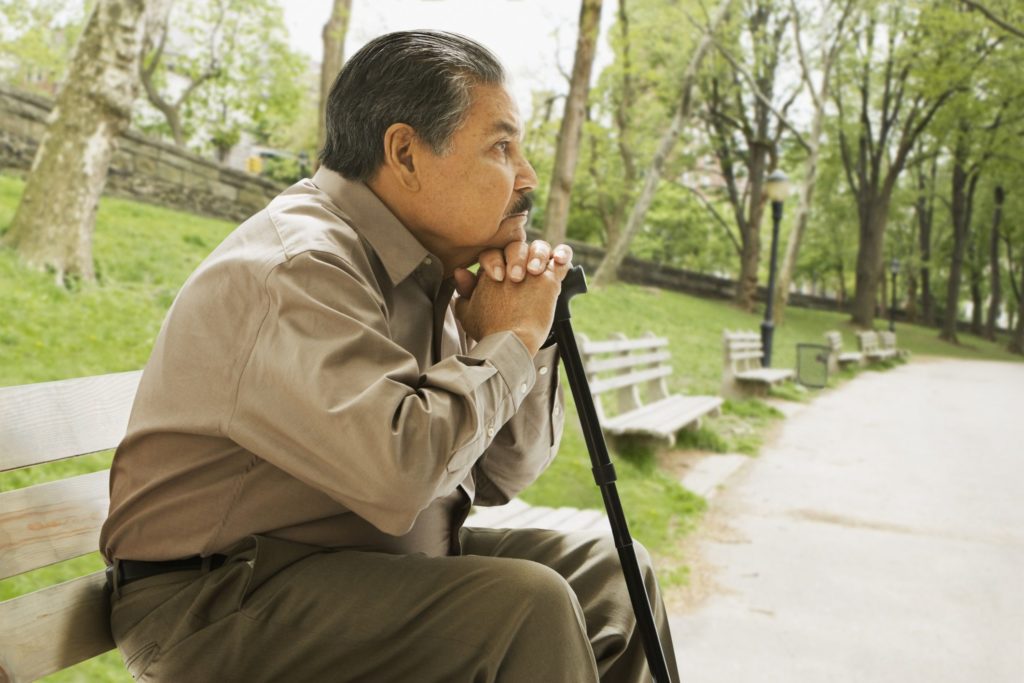 In most cases, depression is effectively treated by psychotherapy, antidepressant drugs, or a combination of these two treatments.

Experts generally recommend cognitive behavioral therapy for depression. This psychotherapy is to change the thoughts and problem behaviors of the person and to replace them with ideas and appropriate responses to reality. It also helps one to develop strategies to regain his balance. Other therapies may be necessary depending on the person’s needs.

This is a short-term therapy that aims to alleviate symptoms of depression. The assumption is that the majority of depressed people disturbed interpersonal relationships. This is part of the disease. Therapists who use this technique believe that if we can solve the difficulties that mark these relationships, it can also stabilize the symptoms of depression. In interpersonal therapy, the therapist will focus on the person with the improvement of the following aspects, usually concentrate on that which is the most important problems:

Generally, interpersonal therapy is done at a rate of one session per week for about 16 weeks. It can continue by monthly booster sessions until no more feel the need. It is as effective as antidepressants in cases of mild to moderate depression.

Antidepressants are drugs that restore the chemical balance of the brain. They decrease the intensity of physical symptoms and act on:

Antidepressants allow the normalization of neurotransmitters and help it quickly, usually between two and three weeks, sleep, appetite, more energy, fun, and positive thoughts. Antidepressants do not create dependence, contrary to popular belief. The medication should be prescribed for a period of about four to six months to minimize the risk of relapse. By cons, biological treatment will be extended if the depressive symptoms persist. Studies indicate that one can get better results if antidepressant use is associated with interpersonal therapy.

ECT is a highly effective treatment for cases of the most severe major depression. In cases where antidepressants and psychotherapy do not work to treat depression, treatment with electroconvulsive therapy can be considered an alternative. ECT is also a solution to find when, for whatever reason, the depressed person can not take drugs (e.g., because of the side effects of antidepressants).

In the case of seasonal depression, your doctor may prescribe treatment of light therapy, which uses a special light acting as a stimulant. 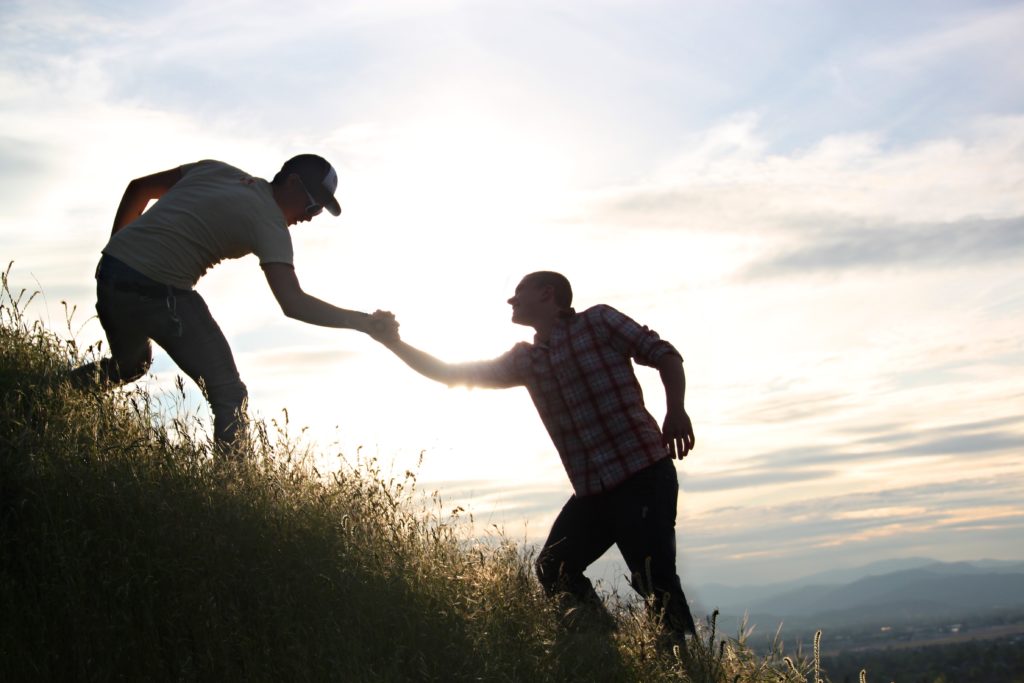 Depression is the leading cause of suicide: 70% of people who die by suicide suffer from depression, often undiagnosed or treated. Between 15 and 20% of people with a depressive disorder characterized commit suicide. The annual suicide rate is about four times higher among people with the depressive disorder than in those with another psychiatric disorder. This rate is about 30 times higher than in the general population.

How Many Calories Should I Eat to Lose Weight?

How to Speak Spanish in 2 Steps? 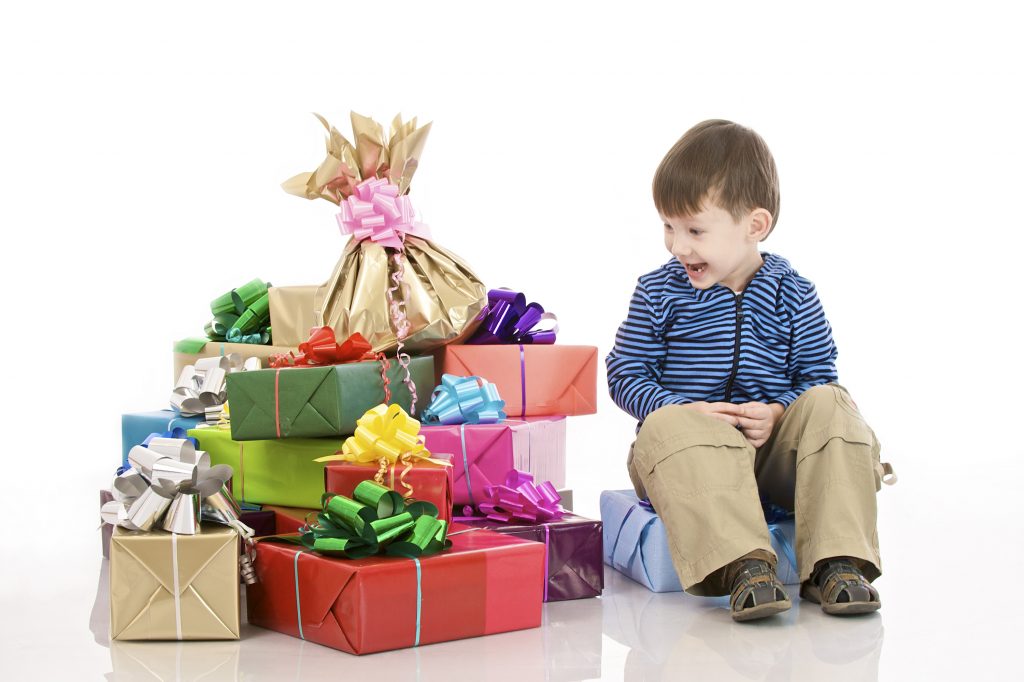 How to Keep Him into Your Heart?