When fears of pesticide residues in food arise, it is advantageous to opt for organic products. But be aware that these are not necessarily superior nutritionally. We can now buy these products in natural and health food stores but also in supermarkets and hypermarkets, which offer not only a wide range of fruits and vegetables, but also eggs, milk and dairy products, bread, biscuits, and cereals as well as meat and poultry. Prepared dishes are not left out, as processed meat and wine. In short, everything you need to eat well!

These products sold in general 20 to 30% more expensive than their regular counterparts. Despite this, they are increasingly consumed. The market increases by nearly 20% per year (this is the most significant increase in the agri-food sector). Their position remains very modest as they do not represent more than 0.8% of total consumer spending on food. Obviously, some of them are willing to spend more on organic products, which, admittedly, have grown in variety over the years, but do they really get their money? What is organic? 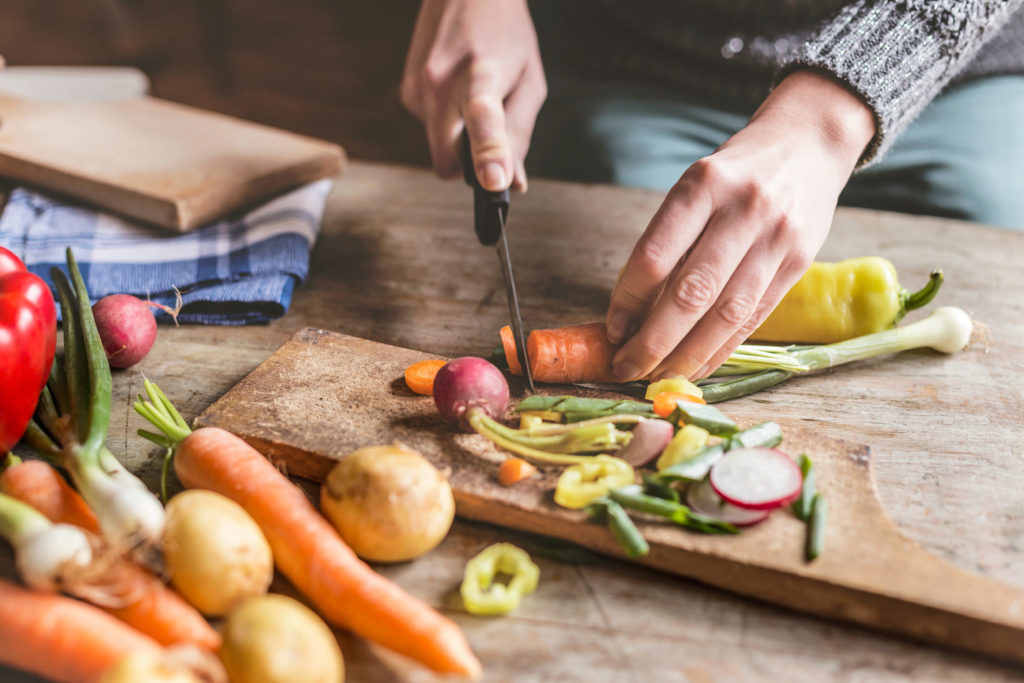 What is an organic product?

For organic products, you can not use any chemical fertilizers such as nitrogen compounds, phosphates, or potash. Soil fertility maintained and improved through “green manure” (alternating legumes, plants deep-rooted, etc.) or with organic soil or compost. Furthermore, a plant product synthesis allowed to fight against pests or diseases. We must use integrated biological control or the use of preparations of plant extracts and natural substances expressly authorized.

Genetically modified organisms Employment (GMOs) are prohibited. Finally, the animals (cows, pigs, poultry, sheep) for the production of organic meat and eggs, are high in the open, with ample living space, fed to at least 90% with fodder and products from organic agriculture, grown largely on-site, and they receive no antibiotic. Organic products that meet very specific criteria enshrined in the EU regulations, required to undergo rigorous controls to obtain certification by an accredited independent body, eligible for obtaining the AB logo and the words “organic farming “on the package. 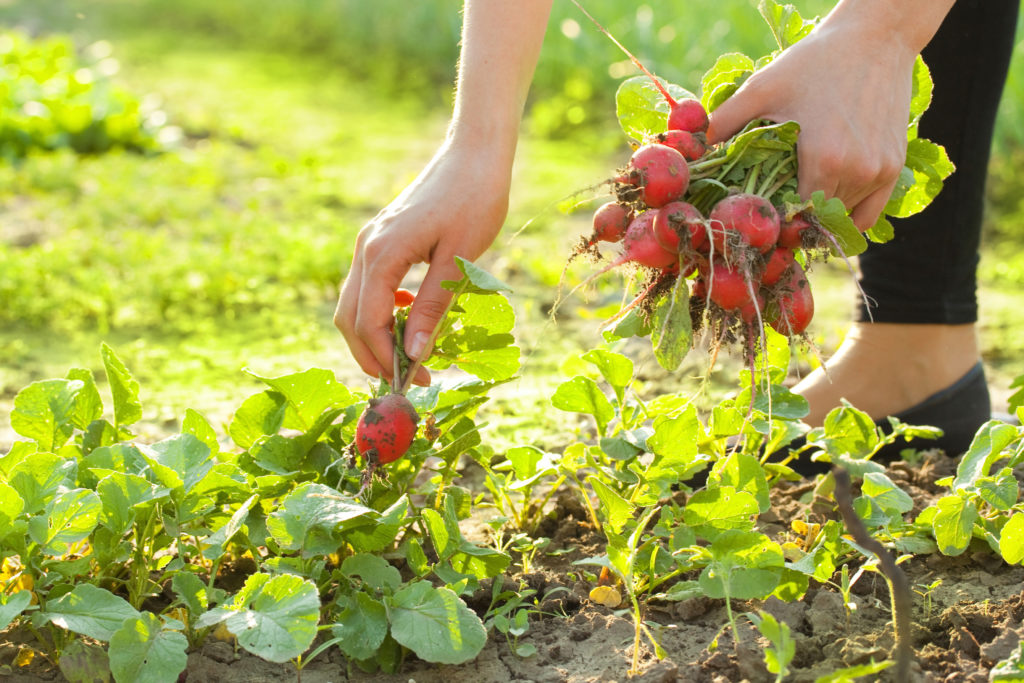 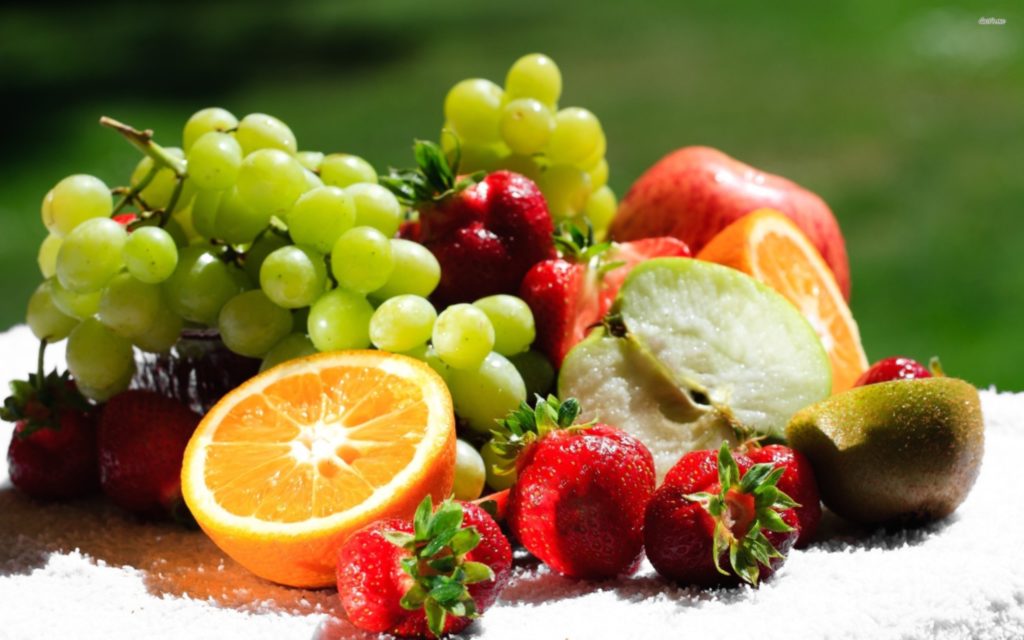 What is the bio for our health?

In fact, organic farming -organic in English – is no longer a marginal phenomenon own rich countries and there is a debate. We know that we preserve bio toxic, OK. But the bio-is in itself more?

BIO products because they do not harm the environment and because they are sure to obtain chemicals or pesticide-free products and because they are better for their health than conventional products. Organic products are also very popular with consumers: 89% of women surveyed after testing of cosmetics say they lend themselves to reuse! Many books explain how the chemicals that have spread thousands in our diet, our cosmetics, etc. are detrimental to our health. In fact, moms buy organic thinking give the best to their children; they care about the influence of food on health as organic would be healthier. Is it true? According to some, it would seem not.

We already know that sometimes, some oppose bio-organic products because some must travel long distances and therefore have poor energy or environmental performance. particularly true in the case of organic fair trade products imported from distant countries. But in fact, the problem is not only the distance: what is at issue is the health quality of food. 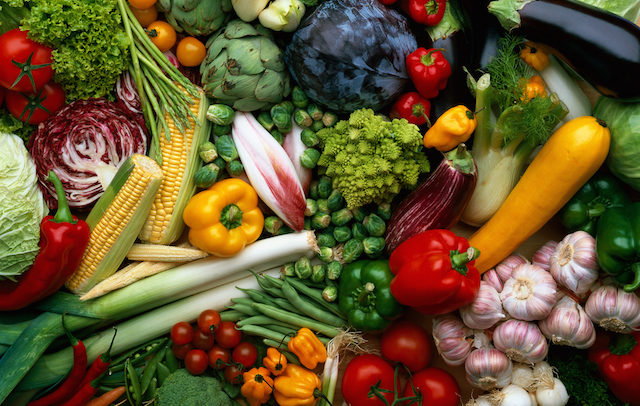 Many consumers are convinced that organic products are tastier than others. In fact, in tests performed blind, conventional products often rated as them. Organic advocates regularly put forward the best nutritional quality. Yet again, the results not always consistent. A recent study in France with the support of INRA, however, noted that organic products often have a higher dry matter content (they are less “forced” and swollen with water) and their nutrient density is top: they may thus contain a greater amount of useful micronutrients such as antioxidants polyphenols, proved to the protective effects. 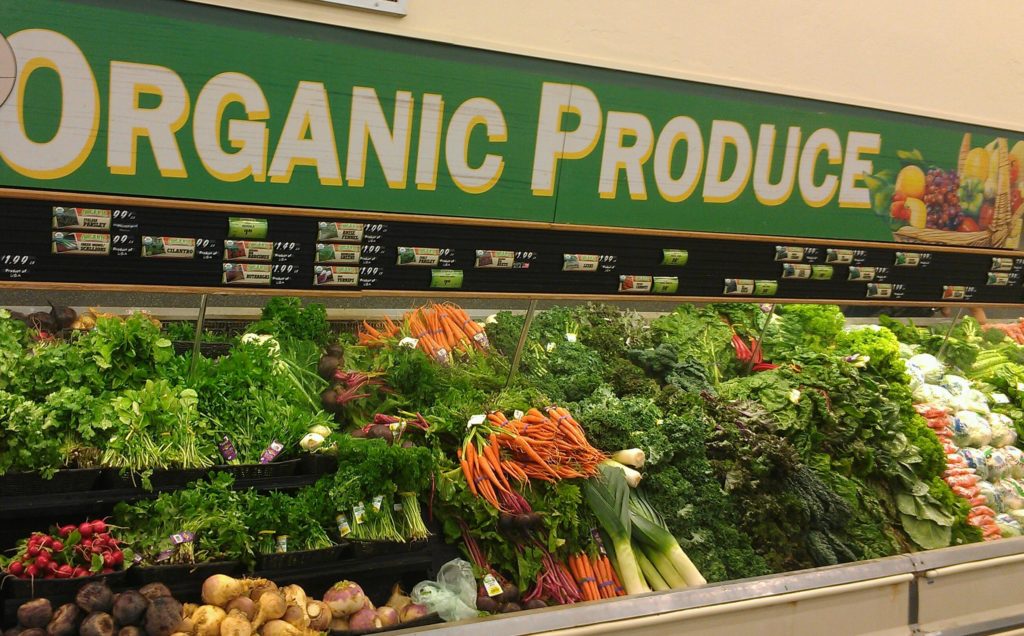 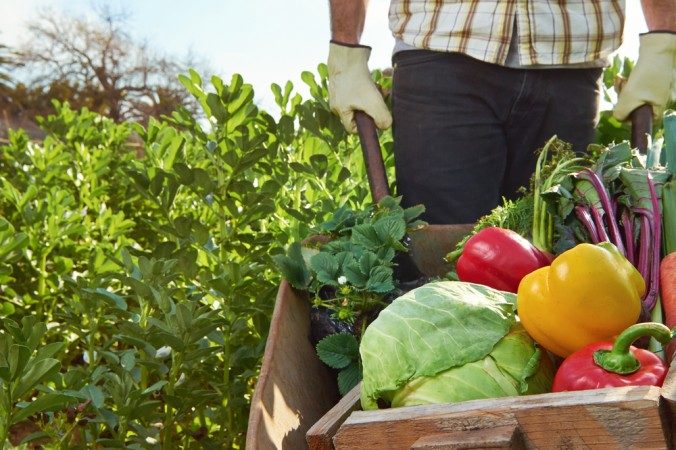 Some studies demonstrate that the “organic farm” ensures the mode of production, but not the quality of the final product. Measures are taken to further reduce this rate. Thus, we can consider that organic foods contain little or no pesticides. They also less loaded nitrates. It is particularly sensitive to carrots, spinach, and lettuce. Or nitrates converted into nitrites, which involved in the formation of carcinogenic compounds, nitrosamines. However, we not forget that the “organic farm” is not safe against microorganisms that could contaminate food and cause illness: one must take the same hygiene precautions for use and consume.

Consumers who adopt organic food often expect the benefits to their health. But to date, no study has yet been able to demonstrate that there was a cause-and-effect relationship. However, for those wishing to eat healthier, with less waste, and want to act together to protect the environment, organic food is definitely part of the solution. 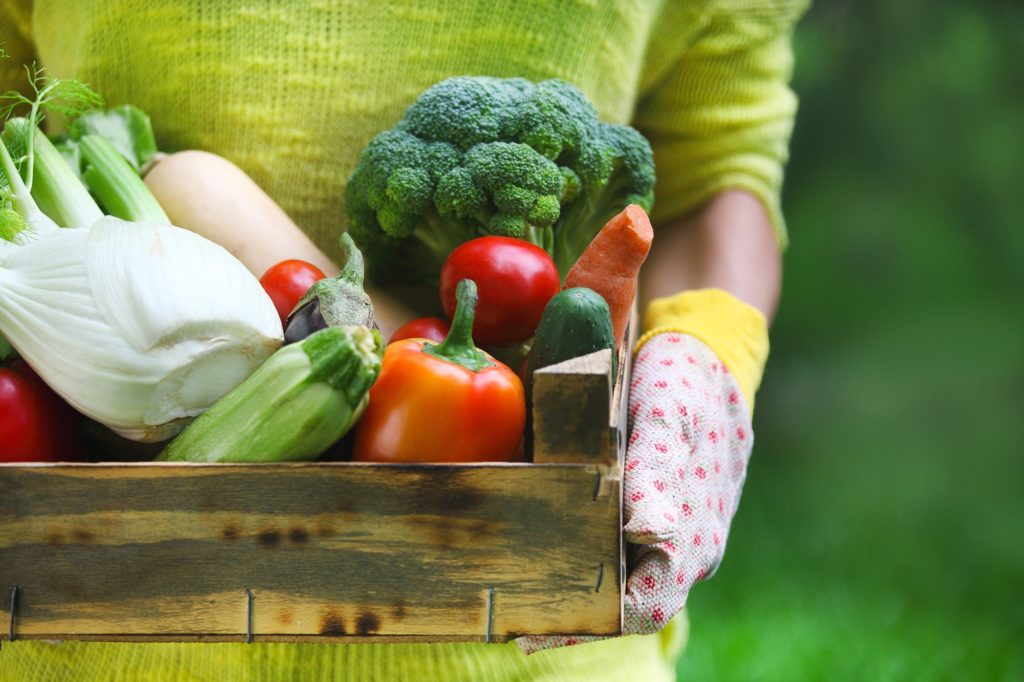 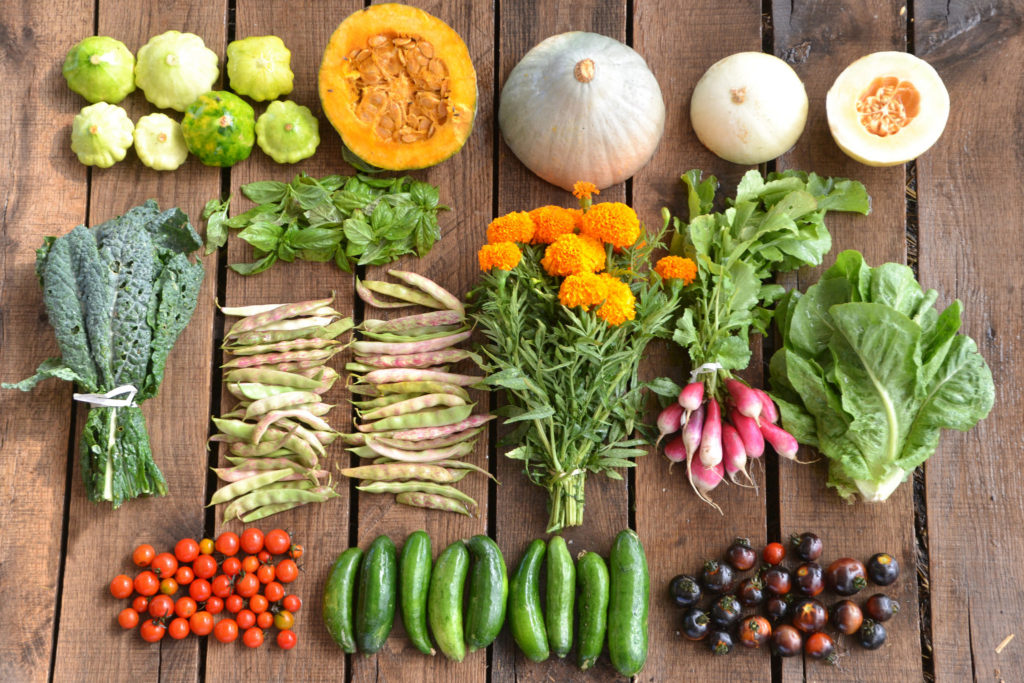 Organic food is the best choice

Organic products are more expensive than others, you have to be selective. So we will favor this type of purchase in cases where it’s proved that the conventional product may contain an especially high amount of pesticide. If one wants to go organic, surely buy those products to start.

Opt for organic fruits, including apples, grapes, strawberries, peaches, nectarines, pears, cherries. Choose again the following organic vegetables: spinach, lettuce, carrots, green beans, peppers, celery, potatoes. If you consume whole grains and whole wheat bread, take them preferably organic: indeed, it is in the outer part of the grain, bran, concentrated residues of treatment products. Think Organic egg (phytosanitary treatment products can concentrate in yellow) for butter and milk, both of excellent taste in general. Organic may also be appropriate for meat and poultry (especially if you eat the liver), insofar fat and offal may contain significant traces of residue. 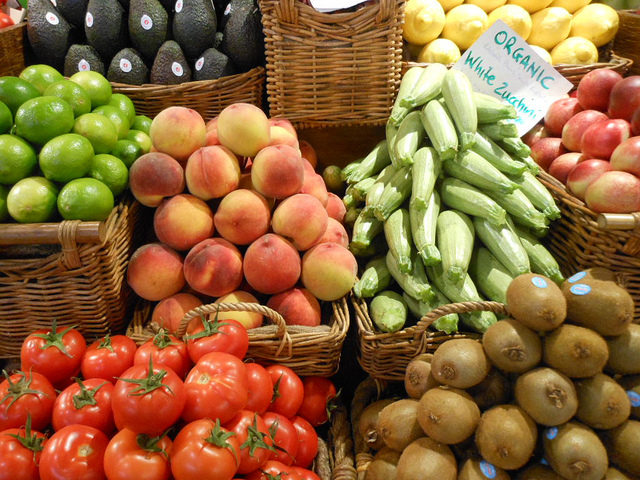 The debate on Bio is not closed

The absence of pesticides and plant protection on organic food at a price: the debate revolves around the presence or absence of mycotoxins, which usually removed from non-organic food with chemical anti-fungicides. A test conducted by the largest association of Italian consumers Alterconsumo found higher levels of mycotoxins to 10 times the standard allowed in organic cereal lots.

For completeness, it’s noted that everyone does not agree on this point: the fact that organic food, untreated,  more prone to develop mycotoxins, highly contested. A report on organic farming emphasizes instead that fungicides are not insured against the occurrence of mycotoxins in cereal stock. The fact that bio promotes mycotoxins would therefore not be a rumor. In addition, AFSSA notes that the risk of contamination by heavy metals, organic, and non-organic is not equivalent. Thanks to the fact that the award of the organic label requires a prior period for conversion of land at least three years and prohibits the spreading of sewage sludge, heavy metals are less present. AFSSA concluded that available studies do not allow to decide officially. 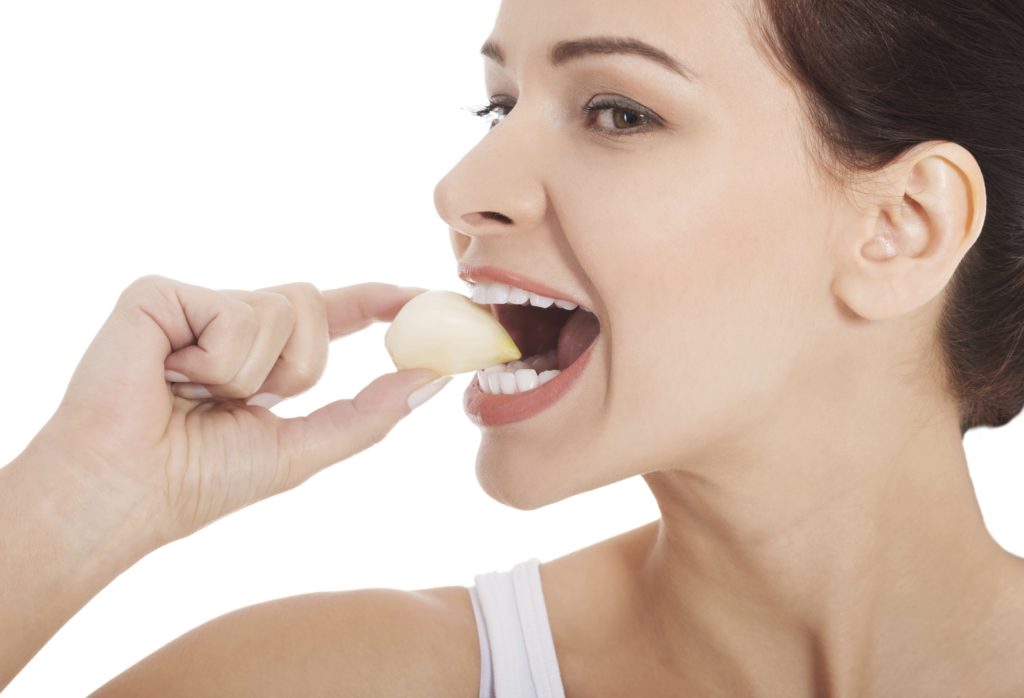