Alex Barkaloff is a cross between the new media Hollywood producer at Lionsgate, as Executive Producer of Digital Media, and the techno-gadget dealmaker. He started his career at JPL/NASA in the 80s where he developed software for Space Shuttle Earth-observing instruments and later joined a group of engineers that developed their own technology and spun out of the lab to form a new tech venture. Alex quickly realized that he had the knack for marketing new ideas and inventions and in a few days was able to secure $3 million in startup financing. He was made VP of the new venture, Datran.

During the early 90’s Alex spent much of his time in central and eastern Europe, making deals with the Polish government for new technology ventures and also representing British, Dutch and American companies. He also was Managing Director of LB ICON, the interactive company behind Endemol’s reality hit show Big Brother. While enjoying the experience of an ex-pat in a new economic zone, and carousing with ministers and the Prime Minister, he began writing short stories and screenplays about his whimsical experiences.

Later on, while living in San Francisco in the later 90’s he worked for Oracle as a Director for New Business Development and specialized in entertainment technology. As a venture capitalist from 1998 to 2001, in his own GlobalNet Ventures, he funded entertainment and tech ventures, ArtistOne (one of the first online music labels with major artists attached) and also Lucky Town, a motion picture starring Kirsten Dunst and James Caan.

Since 2002, he has lived in Los Angeles, advising European and Japanese new media companies and Lionsgate. He brought Vienna-based UCP Morgen (later acquired by QPass) and Tokyo-based Improve Technologies into the US market with a deal made with major media companies as well as mobile operators and gadget companies such as Nokia, SonyEricsson, T-Mobile, and Virgin.

In 2008, Alex was made Executive Producer of Digital Media at Lionsgate. He is responsible for developing high-impact mobile entertainment, applications, games, and communities from the company’s 12,000 film library and hit TV shows as Weeds, Mad Men, Crash and Fear Itself. Additionally, he oversees original digital productions, especially those that can be cross-developed for filmed entertainment and TV and well as global digital projects such as Africa Diary, in cooperation with (RED. His recent achievements there include establishing a partnership with Madrid-based Zed, the largest mobile aggregator, and co-developing a hit reality show, Instantly Rich, for the US/Canada and Australia/New Zealand markets. 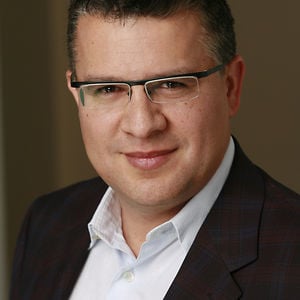 Critics Unveil Their "Best of The Decade" 00's Lists