Writer, Model, Actor Hollywood, CA
Working On: The Future Is Just The Continuation Of The Past 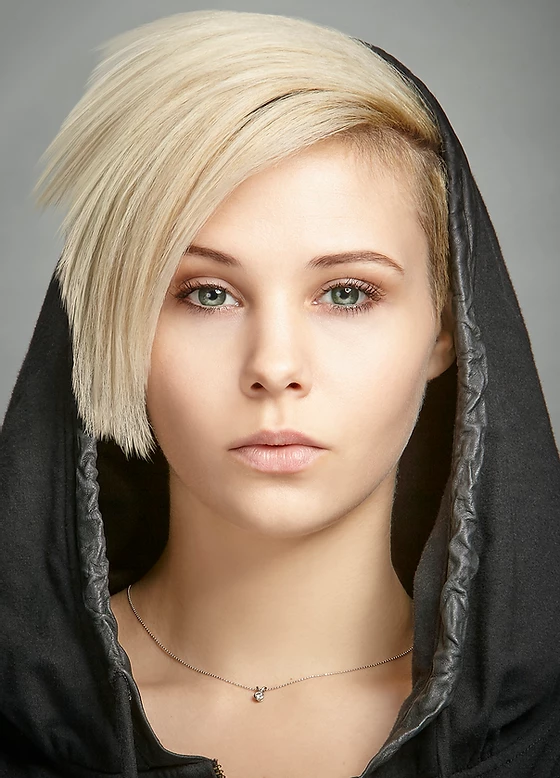 Shayla Beesley was born March 30th, 1988 in Culver City, California, to Tegan Ollie and Graham Beesley. Shortly after, her parents divorced, and she and her mother moved to the small, Navy based town of Oak Harbor, Washington. She is the eldest of one brother and two sisters. Growing up, she was taught to ride horseback English and Western, Karate, and Dirt Biking. When she was 6, she had a painting published in the local paper. At age 7, she won “The Young Authors Award” and at age 12, received 2nd place in “The Veterans of Foreign Wars” essay competition.

Her mother, who is a classically trained Egyptian bellydancer, taught the skill to her daughter at age 7. Age 13, she enrolled in Drama at Oak Harbor High School, which she fell in love with instantly. When she was 16, she became emancipated and moved a few months later to California to start her acting career. She landed a few small roles in short films, but it wasn’t until she started to attend “The Lee Strasberg Theater Institute” of CA, that things began to take off. By age 19 she had starred in her first feature film “Sex and the USA” as the artsy shy Audrey, which was accepted to the Deauville American Film Festival in France.

Her publicist during the event was also catering to Viggo Mortensen. Shayla has also starred in the HBO short “Trophy” which has made its rounds to many festivals and is soon to hit the air. Spending a month in Romania, she starred in Lion’s Gate and After Dark’s “Perkins’ 14” as Daisy Hopper which was the number one seller in the After Dark Horror Fest and is now available on DVD worldwide. Having had a taste of horror, she recently has written a horror short that will be on festivals in August 2009. On top of all this, she is currently studying for her BA in Social Psychology.