Acting is #1, fishing, boxing, shotokhan karate, like, whittling, betting on horses, slot machines, modeling, magic,smokin-tokin-jokin-partying, my turtles, lizards, cats, dogs, kittens, kids, and grandkids,…just to name a few(but when it is time to work…I WORK) writing (which I have done since I was 11), Have written hundreds of poems published & copywritten in Library of Congress, but am now enjoying delving deeper into other forms of writing…painting (oils). I won the Love Poetry contest from the United States Postal Service in 2001. Have many collections of fossils, pre-historic items, coins, ancient, and civil war paper money, swords, knives, stars, rocks, and a bunch of other things. I like sleeping, daydreaming, drawing, Reiki, and anything else you can name!

Same as the movie thing… I haven’t heard all there is to hear, and I am open to anything., but…. I LOVE LOVE LOVE Music!!! So many to choose from. All genres…except country comes in last. However, there is some I am finding I like!!!!! I must be getting old!!! I love R & B…Hip Hop, Reggae, Ska, 60’s, and 70’s music, but I especially like the old school Motown stuff! Tran-Siberian Orchestra, Earth, Wind & Fire, Duffy, Pink Justin, Depeche Mode, Carole King, Temptations, O’Jays, Pink Floyd, The Stones, Genesis, Fleetwood Mac, Dave Matthews, Elvis, Alan Parsons Project, Sade, Rhianna, Led Zepplin, Styx, Carly Simon, Carole King, Hendrix, Kansas, Chicago, Tina Turner, UB-40, Pink, Daddy Yankee, The Who, Santanna, Duffy, Beyonce, Bruce Springsteen, Jacksons, U-2, Foriegner, Van-Halen, Aerosmith, Jackson Browne, Kanye West, Prince, Hall &Oates, Bowie, Phil Collins, Nirvana, Prince, and My Gawd, so many more, but I am tired!! You name ’em…I like ’em!

*Welcome to my tiny piece of the worldwide net here. Never enough time to keep things updated as life goes by so quickly, or does it come quickly? I suppose it is like asking if a glass is half empty or half full. I seem to always be on the fence about those things; I am a middle ground type that can never make up her mind. I’ll flip a coin if need be. I am strong-minded and strong-willed, but very submissive. I learn fast, once I am told at least twice. 🙂 I love working as a make-up artist behind the scenes, but I prefer to be the actor I was born to be. Can cry on command, and my acting ranges from all things from a classy woman to a tomboy, to a retarded person, or a down to earth soul I really am. I will take on any challenge, and even surprise myself with the results. Be brave, and contact me. You will be happy you did. Easy to work with, I am one of the friendliest persons you will ever meet, and the essence I will leave behind will stay with you forever- Guaranteed!!!

A few of my own: * “Stephen King would shit his pants if he heard my real childhood story!” * “The best actors are those that don’t act at all!” * Hurry up & relax,
“Every time a bell rings, an angel gets its wings!”

Odd, but I like reading the Thesaurus, Dictionaries, Maps, History, Geography, Geology, Psychology, No-Fear Shakespeare, some of the Bible, and anything educational!

Well, don’t really get to watch much, but I have gotten that damn Reality Show bug. I like the Military Channel, History Channel, Weather, Discovery, House, Court TV. Strong Man Contests, FsN, Deadliest Catch, True Crime Stuff, How’d They Make That, Myth Busters, Monk, The Honeymooners, Magnum, etc. My oldest son and I both have done a few commercials too. (he did all the Nintendo commercials when Nintendo was first new) My mind is ever so hungry for knowledge and culture. Insanely Insatiable! Did I say, Survivor Man?!

This is so not a fair question because I have not seen very many. I like too many to name, but have not seen enough of them yet, soooo… a few are…Kalifornia, Invitaion, Buck & The Preacher, Catacomb, Open Water, Open Water 2, Maybe I’ll Come Home In The Spring, The Quiet Man, 8 Mile, Falling Down, The Highwayman, Midnight Express, The Warriors, Midnight Run, Traffic, The Breakfast Club, Gangs of New York, The Bridge on the River Kwai, Jaws, Diary of A Mad Black Woman, Halloween, Original Sin, Braveheart, One Flew Over The Cuckoos Nest, The Last Days of Left Eye Lopez, Airplane, Pootie Tang, A Star is Born, The Silence of The Lambs, Fight Club, It’s A Wonderful Life, The Shining, Pet Semetary, A Bridge Too Far, Platoon, Glory, Gothika, The Excorsist, Titanic, West Side Story, The Shining, Magic, Pirates of The Carribean, Jaws, The Hunted, Full Metal Jacket, Basquait, Se7en, The Deerhunter, Witness,:-) Dragonfly, 1408, Snatch, North & South, Things We Lost In The Fire… I shall add more as I see more. 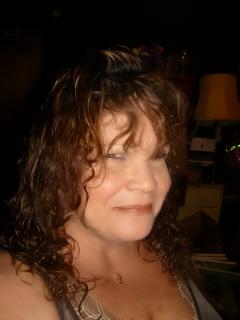 Working On
Been busy filming. The last movie out was ‘LOVE & OTHER DRUGS.”