Jim Cochran hates his job, he wishes he could just shoot clay pigeons all day.

Jim Cochran floats through his days dreaming about being somewhere else. He hates his job and the delivery truck he drives. In his free time, he enjoys shooting clay pigeons. One fateful day he finds something in the woods, his decision to pick it up will change his life forever. 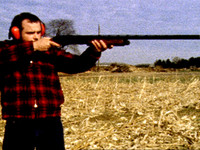 How to Set Up a Race Car on Your Own?