If you smoke, you’ve probably heard all the arguments to dissuade you, but have you ever thought that you could extend your life 10 or 15 years?

A smoke-free life to live better

If you smoke, you have already been rehashed all the arguments to dissuade you. Family, friends, colleagues, all you repeat to stop before it’s too late. While it is true that, over time, this moralizing discourse may make things worse, remember that your loved ones have at the heart of your health and they are right. The longer you smoke, the greater the damage to your heart and lungs. It is actually beneficial to give up this habit for healthy living.

For centuries it was believed that smoking was harmless, even good for health. When Columbus returned from his first voyage across the Atlantic in 1492, members of the crew reported that the people of Cuba were inhaling smoke from burning leaves they were doing a ritual which they said it allowed to fight fatigue, cause poisoning and mitigate the effects of syphilis. In 1586, the English scientist Thomas Hariot marveled at the healing power of smoke “sacred” that aspired in the stomach and head through clay pipes and “serving the bad moods and open pores.

A study conducted among 34,439 British doctors by the researcher who was the first to establish a link between smoking and increased risk of lung cancer disease in the 1950s, concluded that the use of tobacco was linked to 25 illnesses and a significant increase in mortality, decreasing the life expectancy of ten years. Among men born in the 1920s and who were regular smokers, two-thirds have died of smoking. The most recent reports from various experts are even more alarming. Based on data collected between 1995 and 1999, the existence of adult male smokers was shortened by an average of 13.2 years while among women, that number reached 14.5. 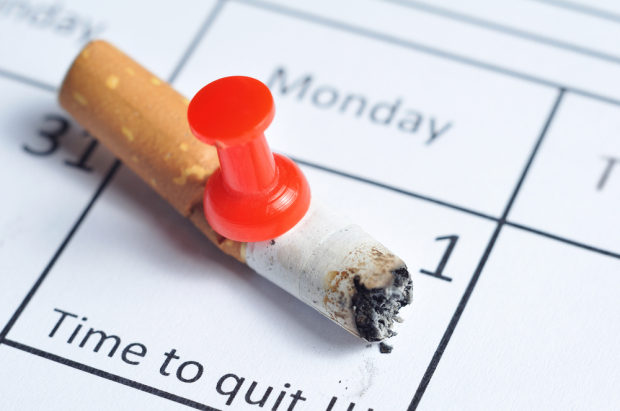 Smoking is particularly bad for the heart. Smokers are 70% more susceptible to die from cardiovascular disease than non-smokers. According to the results of a Finnish study that examined 4,047 men and women, a smoker under age 40 are five times more susceptible to suffer a heart attack than a non-smoker of the same age.

Smoking causes increased heart rate and blood pressure, increased blood clotting factor rate and the rate of harmful triglycerides, and a significant decrease in HDL (“good”) cholesterol, as well as damage to the walls of blood vessels. Also emphasize the role that smoking plays in vascular diseases such as stroke and impotence, as well as in lung diseases such as chronic bronchitis and emphysema.

Smoking Side Effects: [Each puff is harmful]

Each time you inhale smoke from a cigarette, you introduce into your bloodstream 4000 chemicals of which are more susceptible to cause cancer in the long term. Furthermore, each puff contains nicotine and carbon monoxide, two powerful poisons which together require the heart too much performance for its capabilities. This is due to the nicotine that most smokers light a cigarette. This material provides a pleasant feeling of relaxation and euphoria. Ironically, it is also a toxic stimulant that would probably kill you if you were to absorb the amount contained in two cigarettes. In fact, you will absorb a small proportion but enough to dangerously increase your heart rate. Potent vasoconstrictor, nicotine reduces the caliber of the blood vessels of the heart.

Burning tobacco also causes the formation of carbon monoxide, the toxic gas present in the car exhaust gas. When you inhale into your lungs, it takes the place of oxygen in your red blood cells so that your heart has to work much harder to get your blood oxygen and nutrients it needs. Moreover, the buildup of fatty deposits caused by exposure to nicotine and carbon monoxide contributes to the reduction of the caliber of blood vessels and arteries, limiting, even more, the blood supply to the heart.

Over time, your arteries and clog blood vessels, which can cause permanent damage to the heart. Add to that the oxygen deficiency and heart exhausted risk of a heart attack. The more you smoke – in duration and number of cigarettes – the greater the risk to your health. 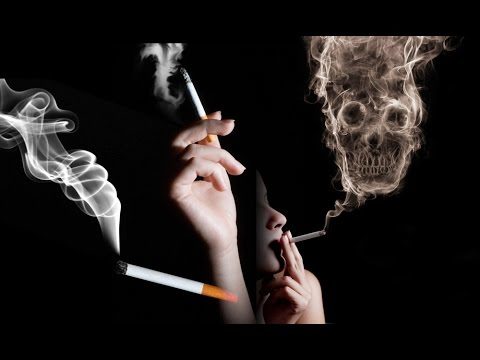 Fears that you have to stop smoking

If you’re, like most smokers, know all the logical reasons why you should stop smoking (health, stress, money, etc.) you are afraid to quit smoking. Fear of having to give up your crutch or pleasure, not enjoying life not being able to cope with stress, gaining weight, having to live a terrible trauma for you free of tobacco. Never control the feeling of hunger.

The benefits of stop smoking

Turn off the fire! Despite the risks of smoking, there is hope for smokers, at least for those who want to quit. By quitting today, you can curb the harmful effects of tobacco, or even repair the damage he has caused. Whatever the number of years you have used tobacco, your risk of suffering a heart attack decreases just 24 hours after you have stopped. After one year, your risk of suffering a smoking-related heart disease is half that of a smoker, and fifteen years later, it is equivalent to that of a person who has never smoked.

You’ve heard enough? Are you ready to quit? Here are some simple tips that could make your transition to a smoke-free existence. It takes motivation Most smokers know that their habit is bad for their health but it is not always enough to get them to stop. They need external reasons, for example, to do for those they love. Think of the happy events that you might miss if you live 10 or 15 years younger. For example, the birth of a son or a small-granddaughter. Or their marriage. Think of all your relatives – members of your family, friends: which of them will miss you the most or that you miss most if you die ten years before your time? Give up your habit for them. 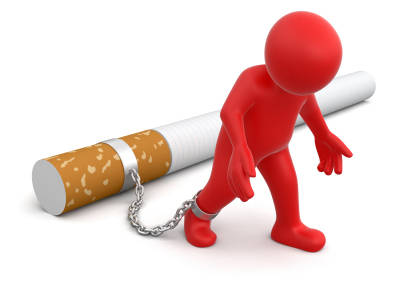 Ask for help from your doctor

While completely legal, smoking creates the same addiction that prohibited hard drugs such as cocaine or heroin. It will take perhaps two or three attempts or more before successfully quitting for good. By asking for help from your doctor, you increase your chances of success. The results of some studies have shown that about 70% of smokers want to quit but that those who are most successful are those who have the support of their doctor or other health care provider. However, you should not count on him to approach this delicate subject. Take the initiative. Tell him you want to quit and ask for assistance. 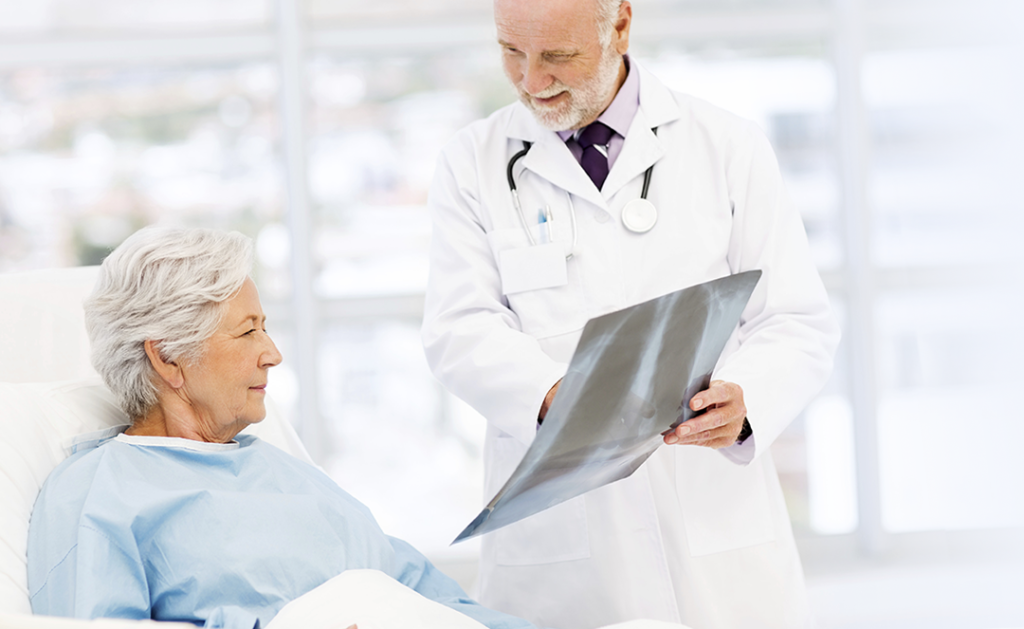 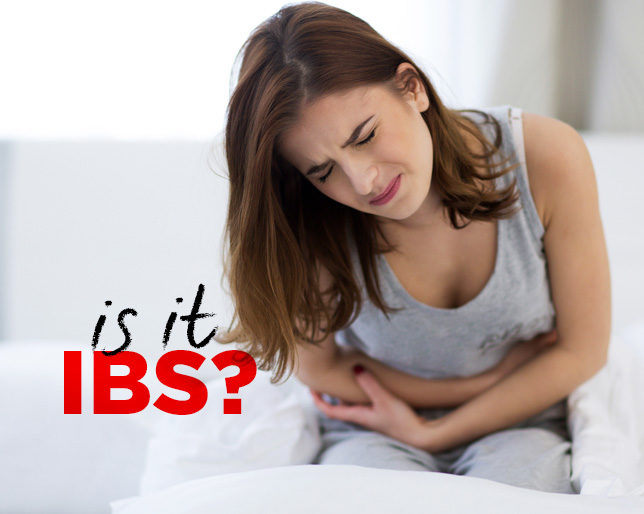