If we all ate spinach, there would be far fewer cases of diabetes, heart disease, and cancer. Contrary to what the character of Popeye led to believe, spinach is not only a good source of iron but it’s rich in nutrients and low in calories, spinach is a real asset to your health!

Annual plant from the Caucasus and Asia Minor, spinach became popular in France. Recognized for its nutritional qualities and energy benefits, it is a component of savory dishes. Food welfare, it is worth to discovered or rediscovered for its flavor! 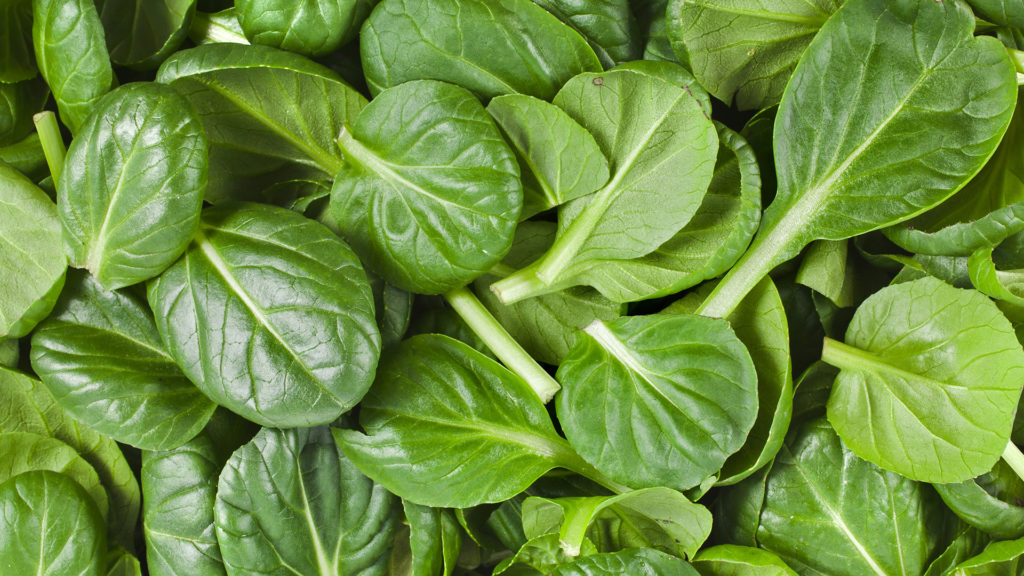 Little energy, but high-density fiber, minerals, and vitamins, spinach fits perfectly to the “health-food” today. water-rich (90%), it provides only 18 kcal 75 kJ per 100 g, making it one of the vegetables fewer energy costs.

Antioxidants in general aid in neutralizing free radicals from our body and therefore prevent cardiovascular disease, certain cancers, and various chronic diseases. Lutein and zeaxanthin have beneficial health effects on the eye and may help prevent certain cancers, including breast and lung. However, more research needed to confirm the specific contribution of lutein and zeaxanthin in the prevention of these diseases. Spinach also contains ferulic acid, an antioxidant compound that protects human cells against oxidative stress and, optionally, the formation of some cancers. According to the researchers, a large proportion of ferulic acid (or other antioxidants of the same family) in foods reach the large intestine, which would protect colon cells against cancer.

Betaine is a nitrogen compound found naturally in several species of plant and animal kingdoms. betaine consumption could especially help treat certain liver diseases such as fatty liver ( “fatty liver”). It would also reduce blood levels of homocysteine, an amino acid that, when its concentration is too high in the blood, is a risk factor for cardiovascular disease. Betaine consumption could also improve athletic performance, thanks to better endurance to effort. Spinach is one of the foods which contain most of the betaine.

About 1% of the dry matter of the spinach chlorophyll consists of green pigment in several leafy vegetables. According to a study, chlorophyll would have the ability to inhibit the growth of cancer cells in humans. However, it is still known about the potential effect of the chlorophyll of spinach in humans.

Spinach is one of the plants that contain more glycolipids (after green tea). These compounds have a potential anticancer effect but also properties against inflammation. Most research to date has been in vivo studies in animals rather than clinical studies, it is difficult to say whether these properties applied to humans through food consumption of spinach. 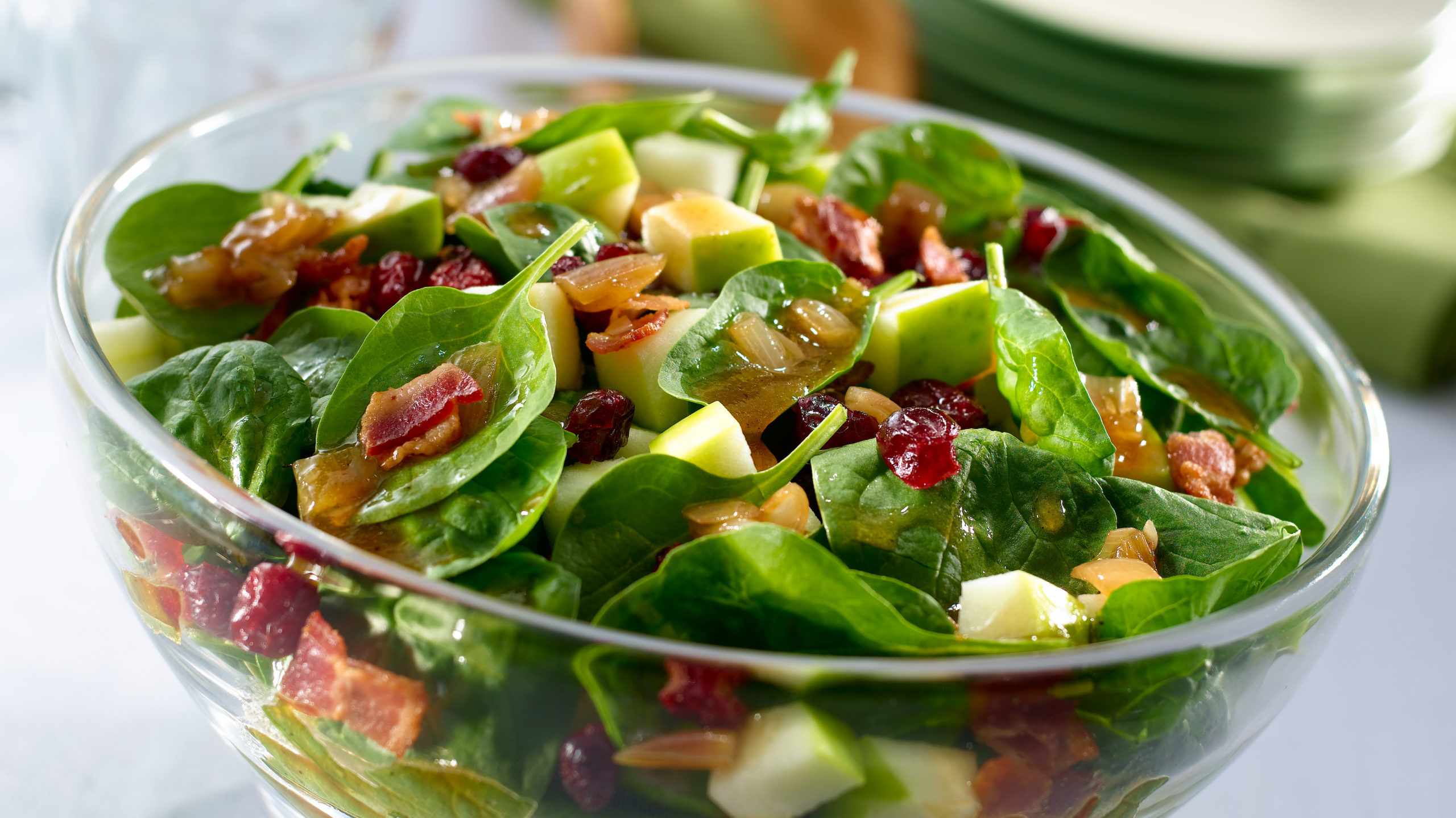 Spinach Benefits: The Legend of Popeye Eating Spinach to Make Him Stronger?

We remember that sailor who became exceptionally strong after swallowing a can of spinach. Even today, many associate spinach with energy-boosting. This idea could come from its content in iron, a mineral that helps protect against anemia and fatigue. However, it can increase the absorption of the iron plant at the same time-consuming foods rich in vitamin C (citrus fruits, peppers, etc.) or protein.

People at risk of urolithiasis (kidney stones composed of calcium oxalate, also known as kidney stones) should limit their consumption of foods high in oxalate. Oxalates are compounds found naturally in many foods, including spinach. In some cases, recommended banning these people from eating spinach.

Spinach contains a high amount of vitamin K. This vitamin, necessary for another blood clotting, manufactured by the body in addition to being in certain foods. People taking anticoagulants (Coumadin®, and Warfilone® Sintrom® example) should adopt a diet, the content of vitamin K is relatively stable from one day to another. Spinach is one of a list of foods that are eaten more than 1 times a day and every time in the maximum quantity of 250 ml (1 cup) if raw, or about 60 ml (¼ cup)  cooked. It is highly recommended for people on anticoagulant therapy to consult a nutritionist or a doctor to know the dietary sources of vitamin K and to ensure a daily intake as stable as possible. 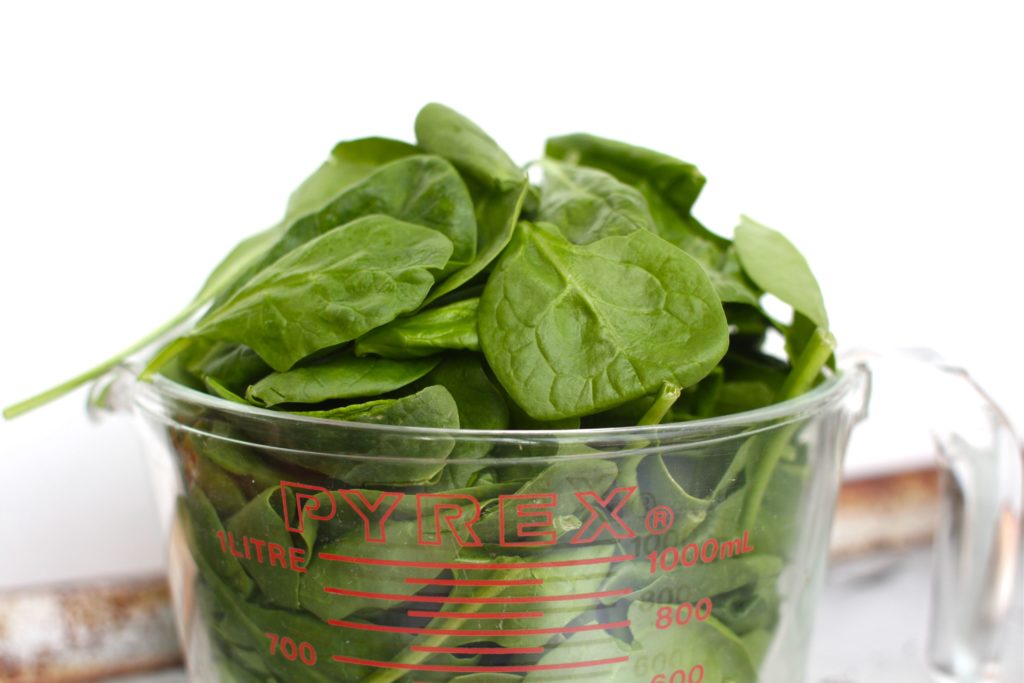 Fresh spinach has beautiful green foliage of a frank, smooth, fleshy without being too thick or overly wet. The spinach should preferably be eaten on the day of purchase, and do not keep it more than two days in the refrigerator.